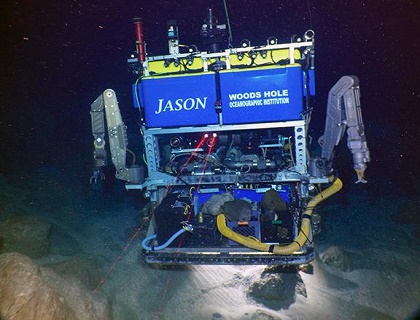 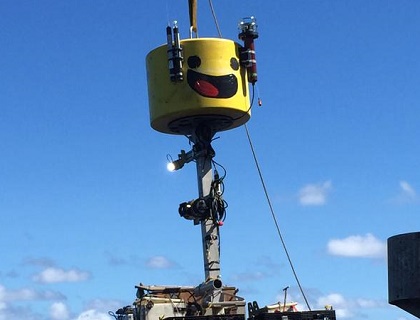 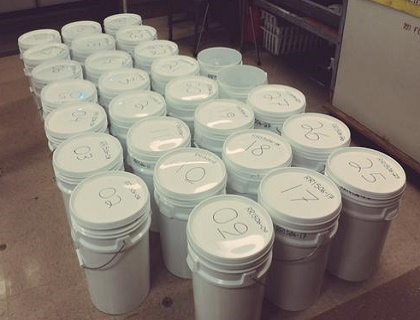 A Crystal Journey Through Middle Earth

Pumice and lava are the cooled, hardened versions of bodies of molten rock and crystals stored beneath the seafloor that geologists call magma. Prior to being sampled by Jason, volcanic rocks on the seafloor north of New Zealand have experienced long and arduous journeys as magmas, venturing through Middle Earth (much like Frodo Baggins). The ‘Middle Earth’ in our story is the upper portion of Earth’s mantle and oceanic crust where these magmas accumulate, form crystals, and rise to the seafloor, where they erupt.

Between its initial formation and its final stages, a body of magma undergoes a series of changes caused by the formation of crystals, as well as interactions with other magmas and with oceanic crust. In order to understand this epic tale better, and to provide the prologue for why and how pumice and lava was erupted from Havre volcano in 2012, we must look for clues held in crystals found in the samples we are collecting during the MESH expedition. Unlike The Lord of the Rings, this story does not contain wizards or orcs but it does contain some tricky words, which are defined in a glossary at the end of this post. There is also a recipe for creating magma (do not try at home) that summarizes the different stages.

The life story of magma in a subduction zone like the one we are in begins with the convergence of tectonic plates. New Zealand straddles the boundary between the Australian and Pacific tectonic plates, making it a country of high-intensity volcanic activity. North of New Zealand, the Pacific plate is moving towards the Australian plate at a rate of approximately 5 centimeters (2 inches) per year.

This movement forces the Pacific plate beneath the Australian plate into the mantle. As it descends to depths of about 100 kilometers (60 miles) below Earth’s surface, the oceanic crust that forms the top of the plate heats up, releasing water and fluids stored within minerals and sediments. These fluids rise into the mantle above the plate, helping it melt and form magma. The magma is less dense than the surrounding mantle, and so it rises towards the surface of the Australian plate.

The composition of the magma depends on the type and amount of minerals and sediments that were present in the subducted plate, as well as how much melting occurred in the mantle above the plate. At this early stage of its life, the magma is called a basalt—a rock that is made up mostly of silica, iron, magnesium, aluminum and calcium.

The rise of basalt magma is stalled at the base of the Australian plate’s oceanic crust at depths of 5 to 25 kilometers (3 to 12 miles) beneath the seafloor. Here, the magma cools and forms crystals that incorporate iron, magnesium, aluminium and calcium into their structure. Some of the crystals get carried along with the magma, but many get left behind as the magma continues its upward path. This ensures that the remaining magma is enriched in silica, sodium, and potassium. Magmas of this composition are called dacites or rhyolites.

The crystals that get carried along provide important clues about how magmas have cooled and interacted with other magma bodies. Crystals grow outward from their center and, depending on the composition of the magma around them, will form zones that have different abundances of elements. It’s helpful to think of the cross-section of a tree trunk when grappling with this idea: The rings represent different stages of the tree’s life that correspond to seasonal changes of temperature. Similarly, when we look at cross-sections of crystals we see different zones that relate to different stages of the crystal’s growth history. Each zone corresponds to a period when the crystal was forming in a magma with a distinct composition.

By analyzing the different zones of crystals that we find in rock samples, we are able to tell how often crystals were mixed between different magmas and what the composition of those different magmas were. As the crystals grow they can trap tiny parcels of magma (commonly less than 0.05 millimeters across) within them. Once enclosed, these parcels, called melt inclusions, are isolated from further interaction with the magma and so retain the composition of the magma around them when they were trapped. Crystals also tell us about the depths at which they formed and the temperature of the magma in which they formed. All these different clues help us to piece together the story of

Before the magma reaches the seafloor, it travels through the upper oceanic crust where previous magmas have cooled and solidified. New magma can incorporate pieces of this crust during its journey. These pieces are called xenoliths, and their composition tells us about the rocks that make up the crust beneath a volcano.

The last stage of a magma’s history is its eruption. Once the magma reaches the surface, it cools, becomes a volcanic rock, and waits patiently to be sampled by a keen volcanologist. We will extract and analyze crystals from some of the rock samples we collect during the MESH expedition so that we can understand how magma formed prior to the 2012 Havre eruption.

1. Drag one tectonic plate beneath another.

3. Add water and fluids from the plate into the mantle above.

4. Melt the mantle to produce basalt magma and bring it toward Earth’s surface.

5. Stall the basaltic magma at the base of the crust of the over-riding plate. Cool the magma to form crystals. Stir in other magmas and their crystals and combine.

6. Bring magma upward together with crystals and some xenoliths of oceanic crust.

7. Erupt magma onto seafloor. Ooze magma slowly over the seafloor to form lava, or cool rapidly and break into pieces to form pumice.

Optional: use Jason to pick up erupted lava and pumice.

Composition: the abundances of elements within a rock defines its chemical composition.

Magma: a body of molten rock within Earth’s interior that exists prior to the eruption and formation of a volcanic rock on Earth’s surface.

Mantle: the part of the Earth’s interior between the crust and the core.

Melt inclusions: tiny parcels of magma that get trapped and become solidified within crystals.

Oceanic crust: the outer layer of Earth that forms the seafloor.

Subduction zone: regions on Earth where tectonic plates collide and one plate is forced under the other, a process called subduction.

Tectonic plate: large pieces of Earth’s crust that move independently of one another and form the continents and seafloor.

Xenoliths: pieces of crust that are incorporated into magmas before the magma erupts onto Earth’s surface.