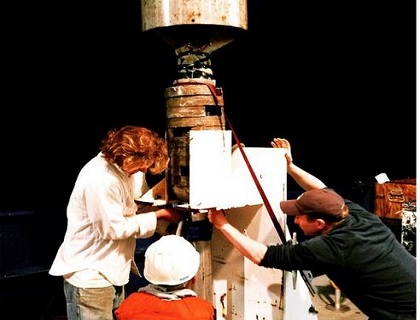 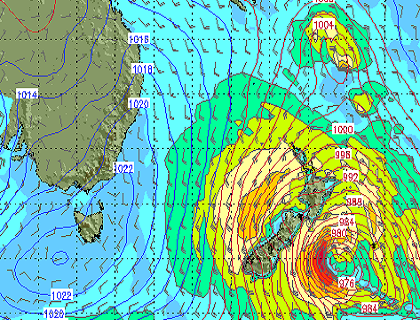 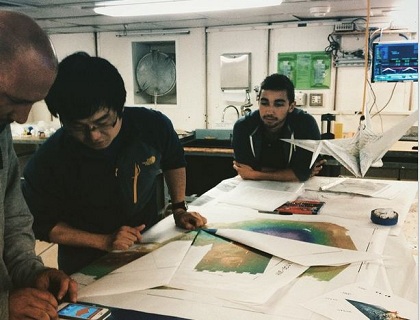 There are four photos today which show the varied activities that are happening on the MESH expedition. These are taken from the Twitter feed from the official website.

In photo 1 members of the science team pull up a gravity core for processing. These are slowly lowered to a depth of 100 metres off the seafloor then essentially dropped. After they're pulled back to the surface we hopefully are left with a cross section of what the ocean floor looks like from the surface to a metre or so down.

In photo 2 the map shows wind speeds with blue being lighter and red indicating very strong wind. The team will be tying down anything loose in preparation for a storm.

Photo 3 is a bit of fun where someone in Sentry team decided spare Sentry planning maps would be better suited to life as a giant origami crane. Some time after this members of the science team started trying to fold one of their large maps into an origami flower!

The caption for the last photo is, 'Can't get a high res photo of it, but the ROV "Jason" is paired with Madea, a smaller autonomous vehicle designed to prevent the motion of the ship from jerking Jason around. This lets us have a smooth and hand when exploring and sampling with Jason. This is taken from Madea's camera, looking down at Jason some 40m below traversing the ocean floor.'