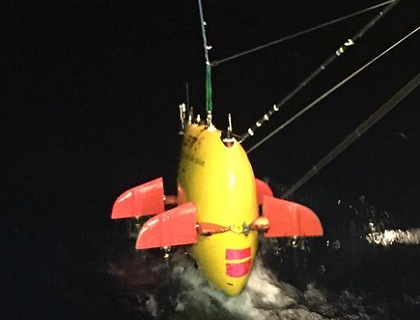 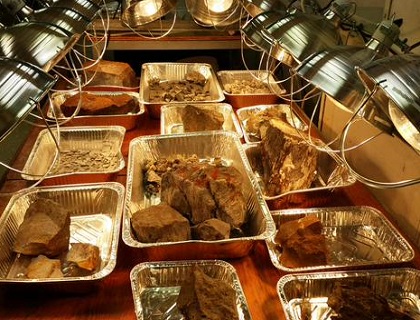 Preparing the Elevator for a Dip

Once the ROV Jason begins collecting samples on the seafloor, we need a way to retrieve these samples as frequently as possible while Jason remains working underwater. This is where the elevator comes in.

The elevator is a four-by-four-foot platform with collecting boxes and crates bolted to it, a weight mechanism that enables the elevator to sink, a tracking beacon to determine its location, and an incompressible, buoyant top of bubble-rich, low-density glass to bring it back to the surface.

Photos today are of AUV Sentry being fished out of the ocean reluctantly and the data's downloading! What volcano surprises has she in store?! And the first rocks from the sea floor at Havre being dried out ready for closer examination.

After our team assembled the boxes, crates and respective lids to the platform, we fitted the elevator with a sensor to record water properties (temperature, turbidity), hoisted it over the side of the ship, and released it to sink down into the center of the caldera. The elevator will descend to 1600 meters beneath the surface before returning back to the ship. Once we retrieve the elevator, we can begin with the next phase of our operations: deployment of Sentry and Jason.

See the Day 3 report for a video of the construction of the deep sea elevator. Time lapse by Kristin Fauria, UC Berkeley.