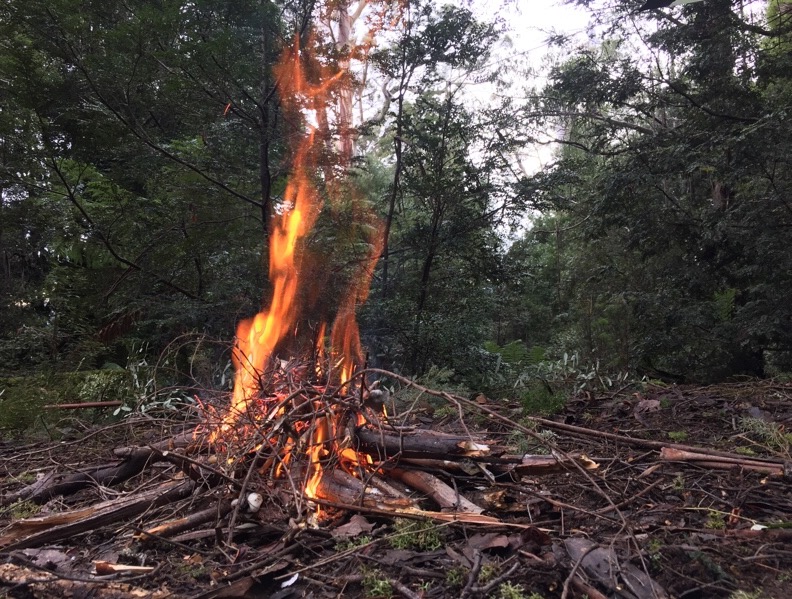 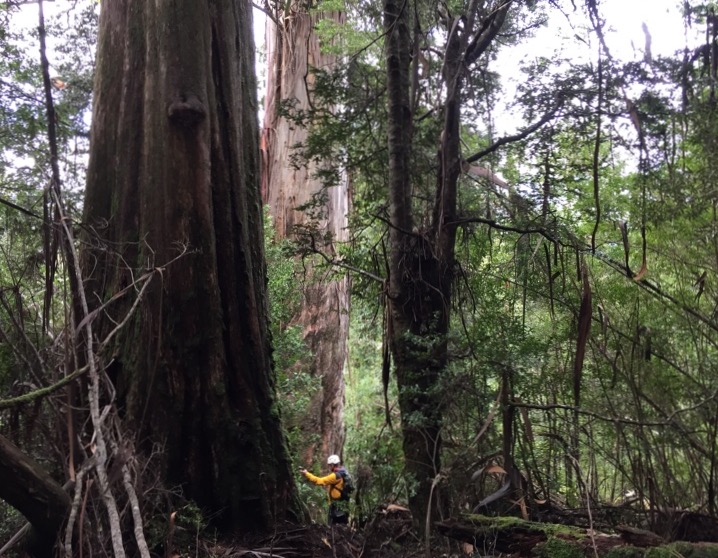 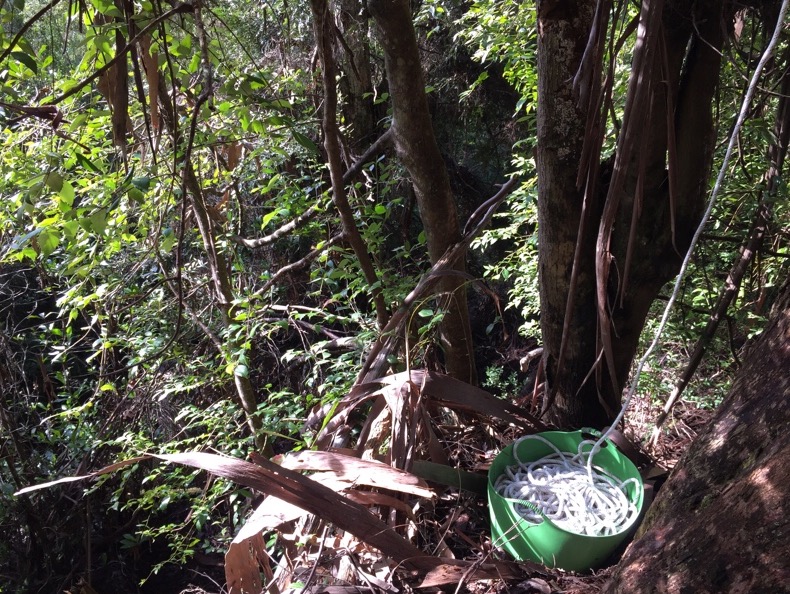 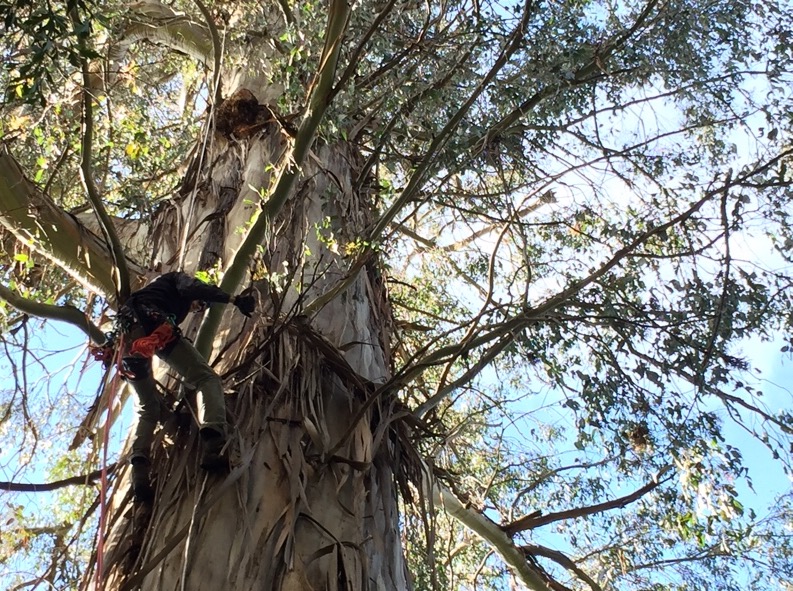 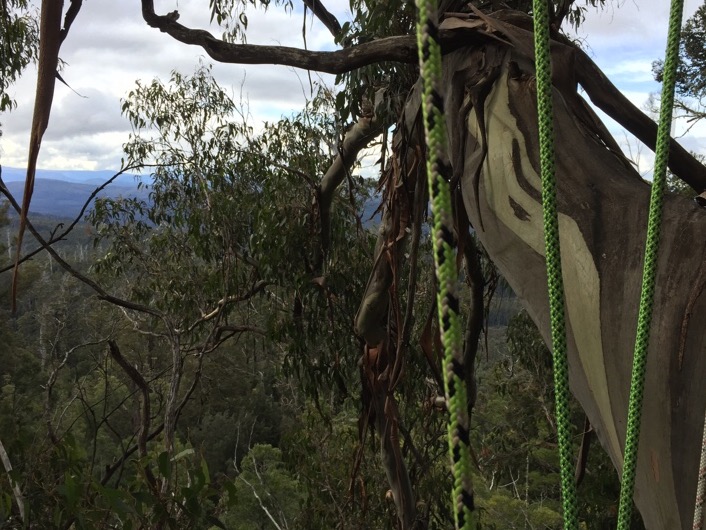 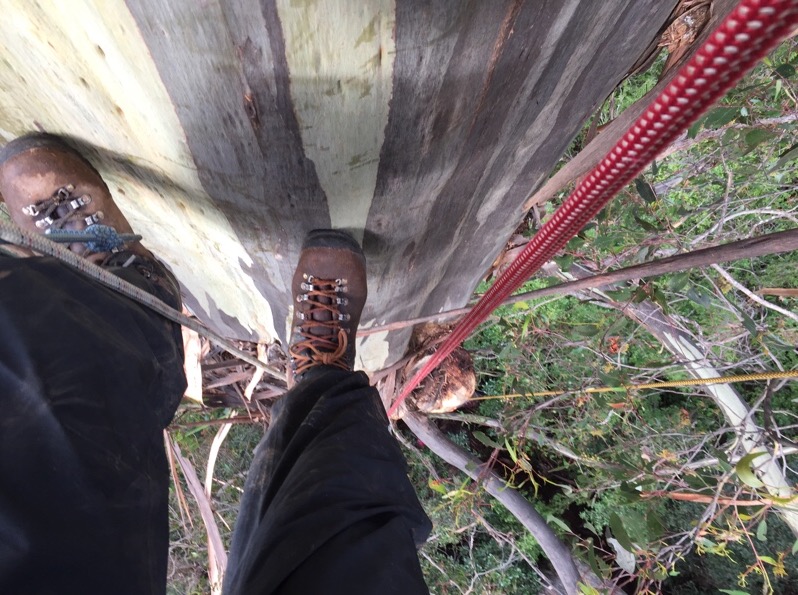 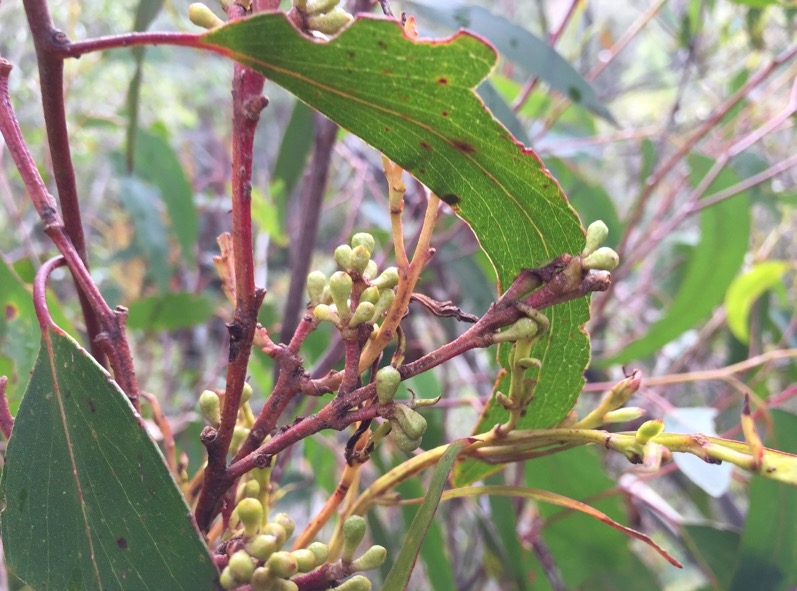 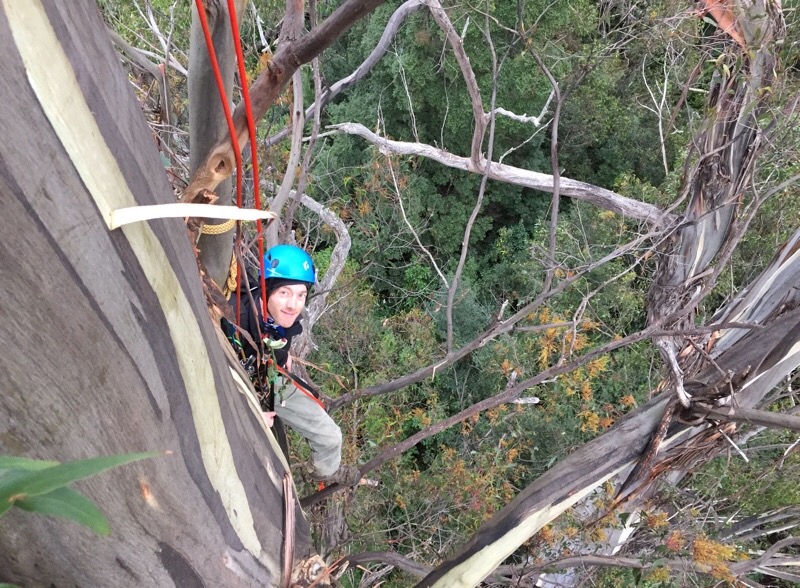 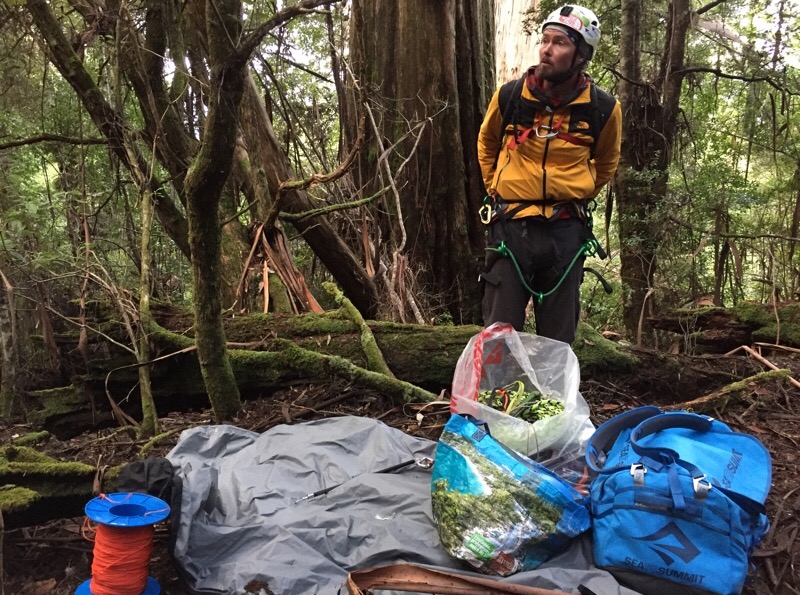 Up, up, up we go. Yoav came down with Steve Pearce from the Tree Projects history morning to help get into a really enormous tree in the wet eucalypt forest here.

The morning started with another lyrebird visit. In the forest you can see evidence of them scratching away at the leaf litter. It reminds me of what wild pigs do in the bush, but not quite as messy. Are they scratching like chickens to get insects?

Yoav and Steve arrived as the campfire burned the worst of the morning chill from my toes. It was overcast but a good day to climb because no real wind was forecast. Steve does amazing photos of giant trees all over the world and came down to help us out. His first shot with the weighted beanbag went high and over the branch we were aiming for. Unbelievable!

We had selected a Eucalyptus regnans that's about 20 meters down the bank from the forestry road where I'm camped. It has lots of epicormic shoots from low on the trunk which makes climbing easier.

Yoav led up the rope and we followed as higher branches were secured. My climbing arborist lanyard that trailed below is 30 meters long and it soon left the ground entirely. By late afternoon we'd gone nearly to where the dead crown begins, maybe 50 meters up. That's the highest I've ever been on a rope in a tree for sure.

The view below us was of the canopy of the mixed rainforest species. Other giant eucalypts could be seen in all directions and the closest one was les than 10 meters away. There wasn't time to set up the tree house today so they're coming down again tomorrow and if it goes well I'll be sleeping up there tomorrow night.