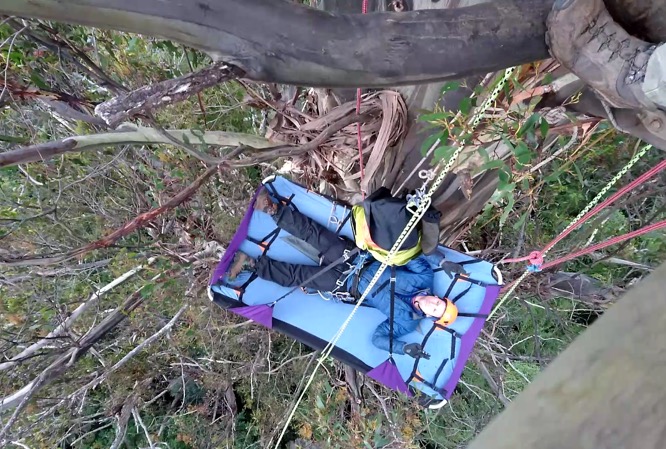 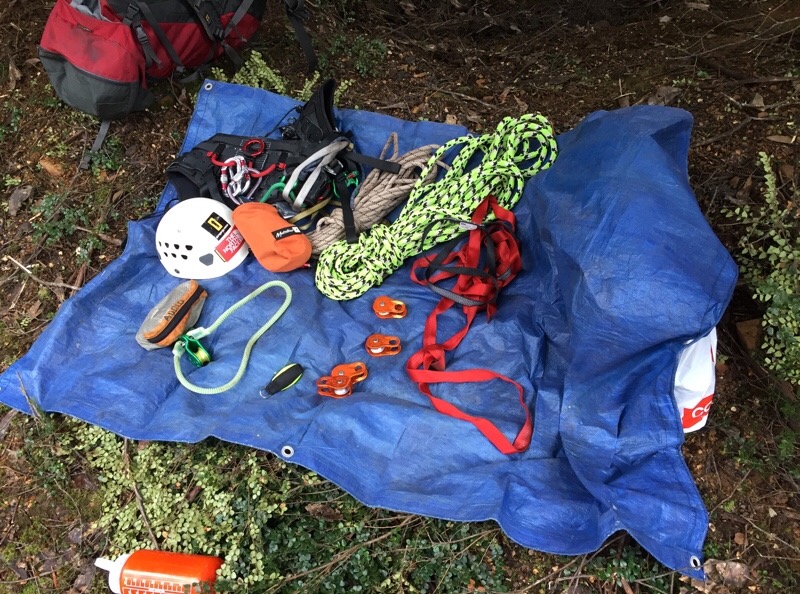 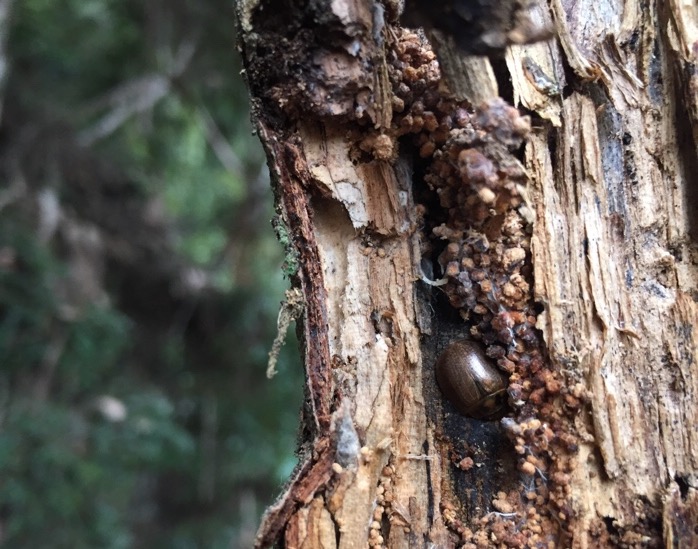 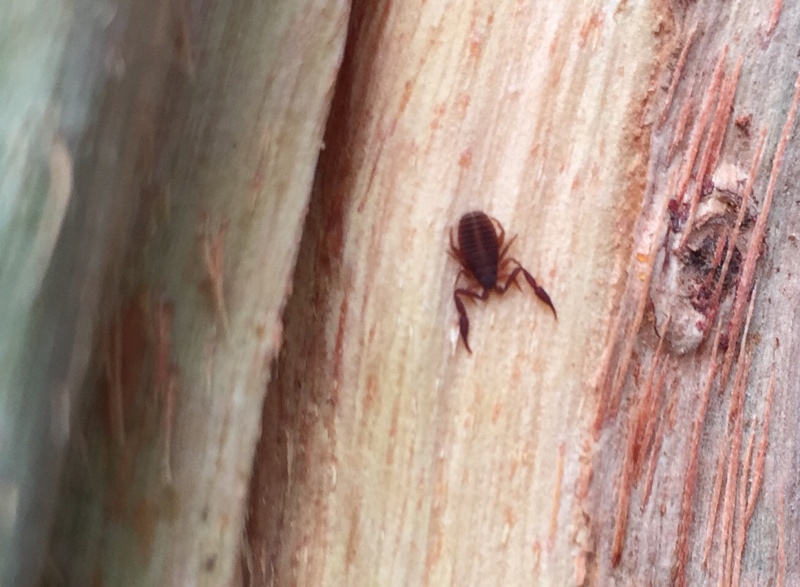 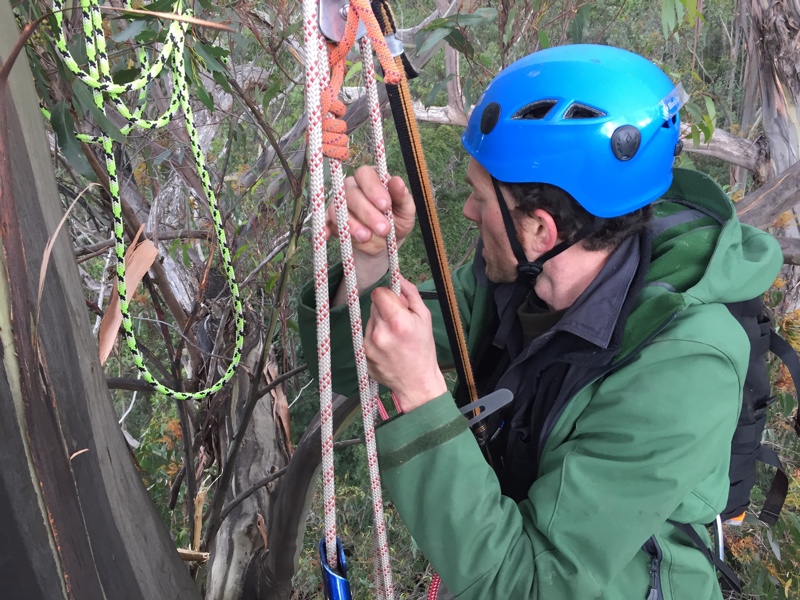 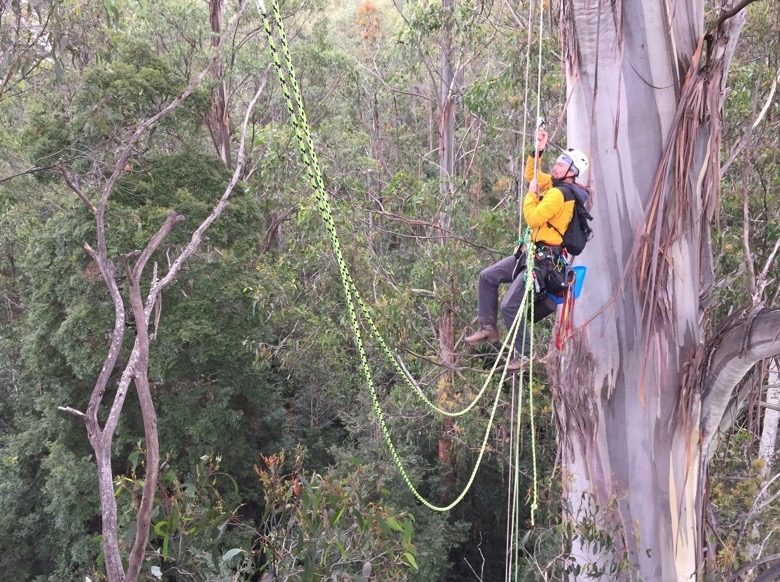 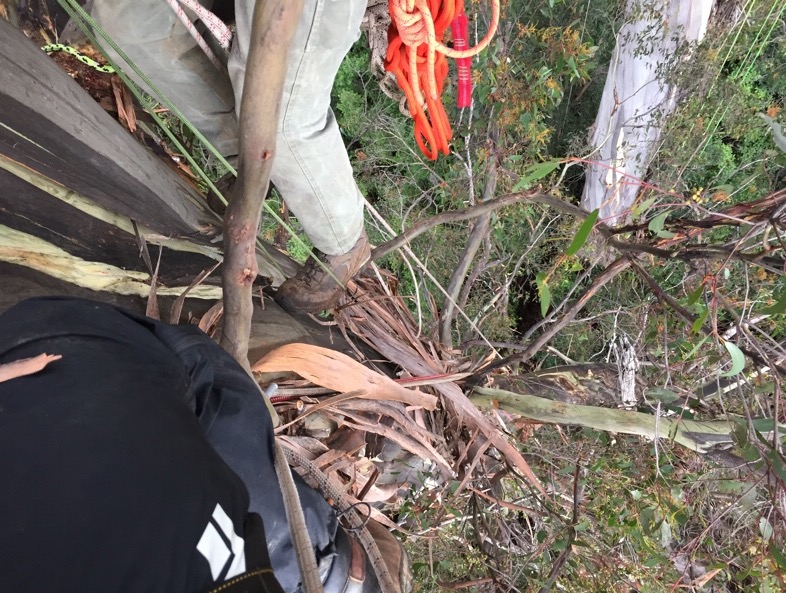 At the end of a long day on the climbing ropes I've just settled into the tree house for the first night up high in a Eucalyptus regnans. Tasmania's wet eucalyptus forests are not for the faint hearted.

The resident lyrebird sang the sunrise in again today as I awoke in the tent on the ground. Yoav and Steve brought down another tree climber Dan Haley so we had ropes going everywhere. The main job was to get the tree house set up but Steve also had an idea to traverse across to a nearby giant tree to get a better view of the setting up. Steve is a photographer and has to think about how the photos and film he takes will look. Taking photos in and of trees is especially tricky because it's hard to get the perspective of how large they are.

I did some beetle hunting in the bark strips and got a surprise when I uncovered a large black spider. It scuttled away before I could get a photo but it reminded me of an oversized red back spider without the red marking. Or what you might call a 'big fat scary looking spider'.

Yoav helped Steve from the ground and they rigged the line in a branch of the other tree by throwing a weighted line from our main tree. It allowed Steve to slowly transfer himself across to the other tree by lowering down his climbing rope. In the middle of the traverse he was at the bottom of a V of rope and completely in mid air between two trees. If I haven't explained that well it's because I still can't quite work out the mechanics of it. But it did happen!

Yoav then climbed up and hauled up the tree house using a pulley system. I put it up just in time to sit in it and speak to Helen Shields from ABC for our weekly Tuesday chat. Dan and Steve are contemplating setting up hammocks to sleep in but with a few drops of rain forecast it won't be like being strung up between two coconut palms in the tropics!