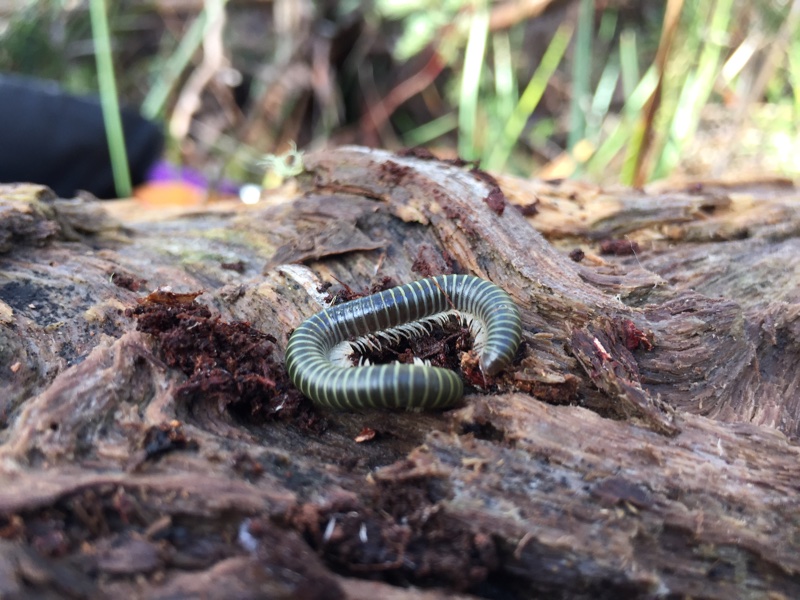 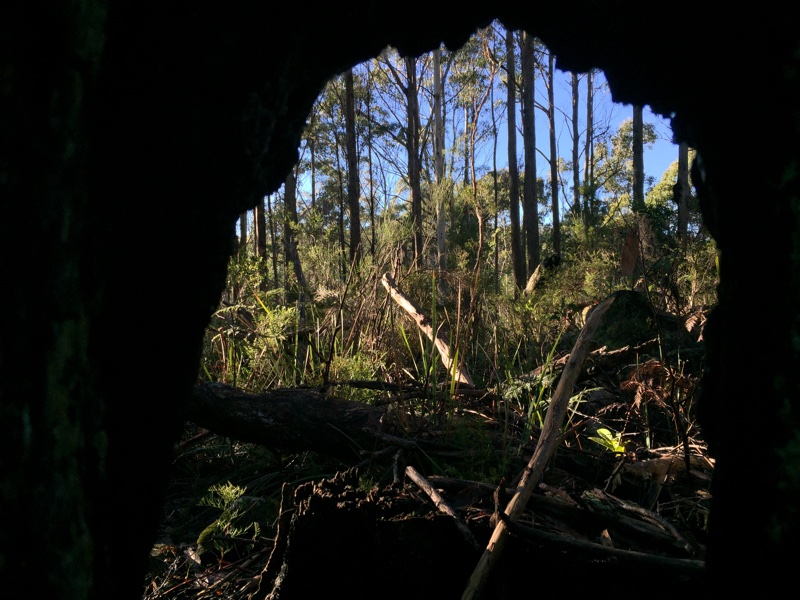 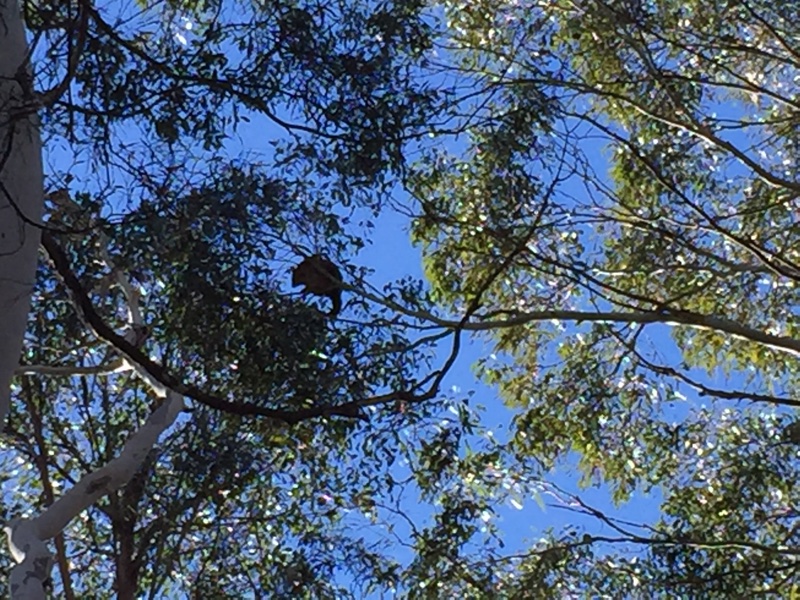 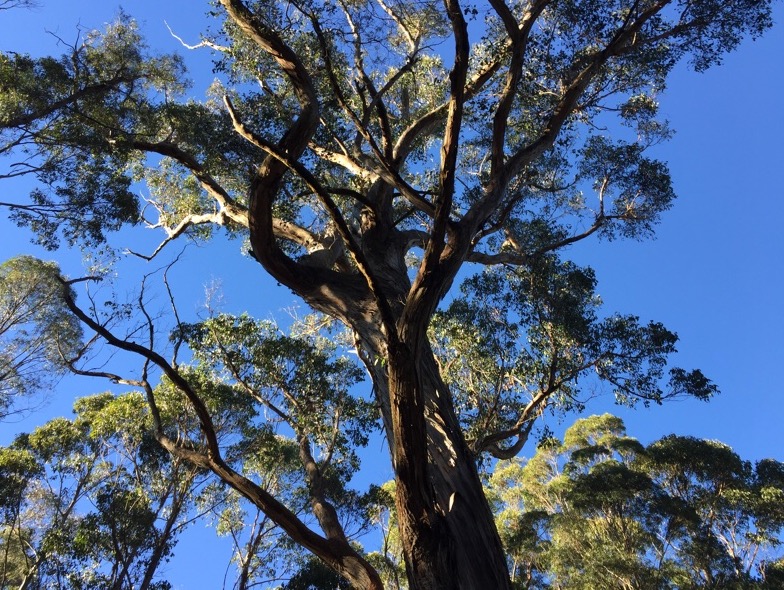 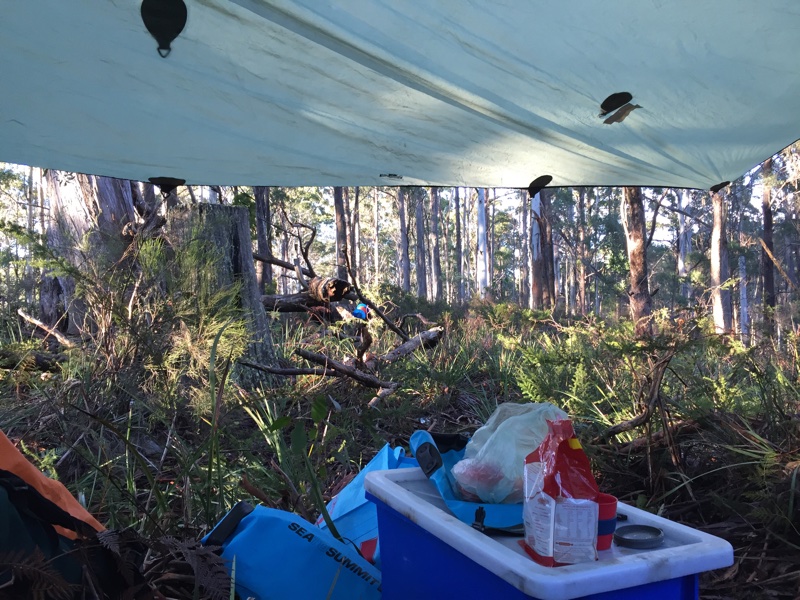 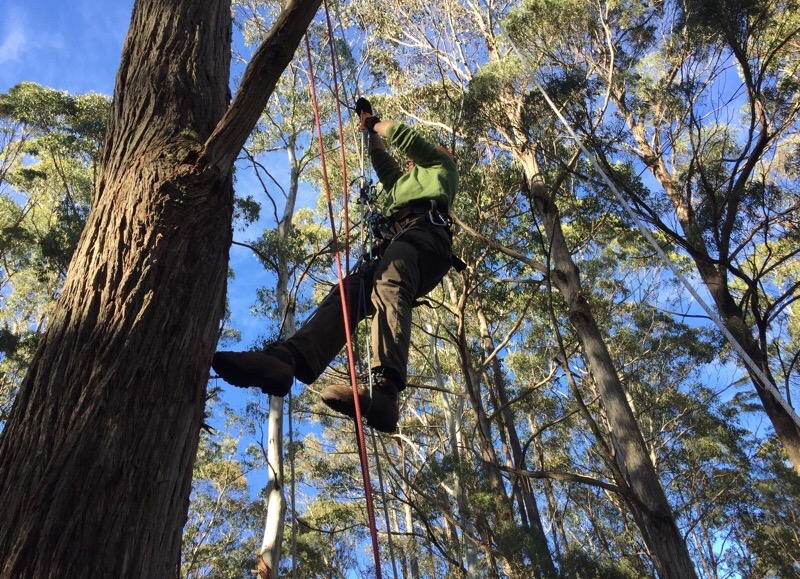 It was a frosty start to the day which means it was hovering around zero degrees as the sun came up. But there was no complaining in our little gang of tree explorers, we had a tree house to set up.

Before we started taking down the ground level 'practice' tree hose we all went for a walk to warm up. There's a track nearby that goes down to Butchers Creek where we found. Weir and pump shed. The forest changed as we went down the hill to have more dense understory and less light coming down to the forest floor.

Once our toes were warmer we began the task of taking down the ropes on our small tree so we could begin setting up in... we need a name for our main tree! Any ideas?? It's a Eucalyptus obliqua or stringybark, it has a huge burl near the base, hollows aplenty, has dropped a few limbs over its long life and deserves a respectful name. Suggestions on the board welcome.

We used the slingshot to fire a beanbag high into the branches. The first shot nearly worked but the beanbag became stuck and we had to leave it up there. After a few more attempts a new beanbag sailed through the bough and slid down to the ground. The climbing rope was pulled back through and we were ready to climb.

Yoav went up first and pulled up extra ropes so we could use one to attach and haul up the tree house and I could climb a separate line as well. Just as Yo neared the bough a Brush Tailed Possum bolted along a large limb away from him. Don't know who was more surprised!

The possum tip toed out to an unlikely spot right on the end of a dead branch. It was planning to jump across to the branches of a tree next door. Saul and I watched in amazement and it wiggled its possum behind and sprang into the air. With a graceful crash it landed and quickly scampered into hiding well away from the human intruder.

We hauled up the tree house and I'm in it right now. The sun has just gone down and the temperature is dropping fast. I've brought up a sleeping bag, sleep mat, extra clothes and snacks. The sounds include frogs, leaves dropping on the tree house, distant cars on the road, Yoav coughing... and maybe later a possum hissing at me!

The discsussions are firing along thanks to all your questions and comments. We've been learning from your research and love getting the questions too. Unfortunately I've had to block just a couple of users who have posted off topic or rude things. if up think you've been blocked unfairly  or promise to smarten up your online act, get your teacher to email me and we'll unblock you. But overall keep up the good work.