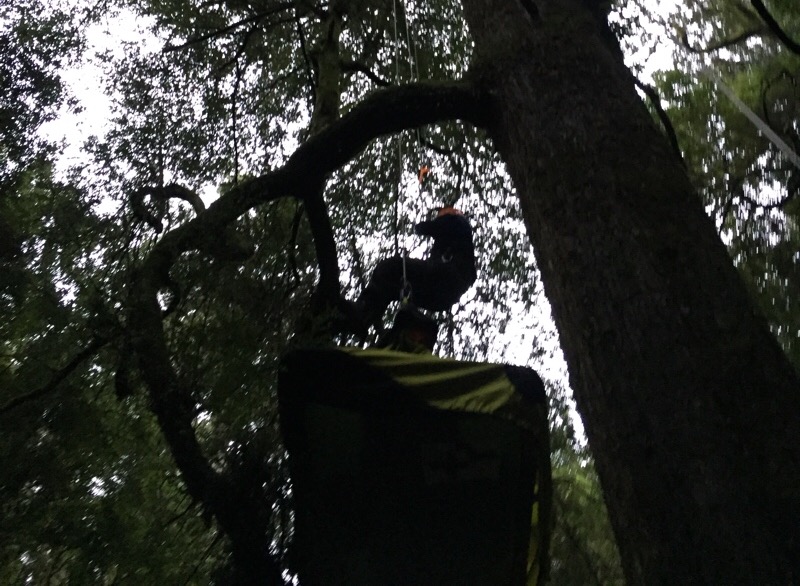 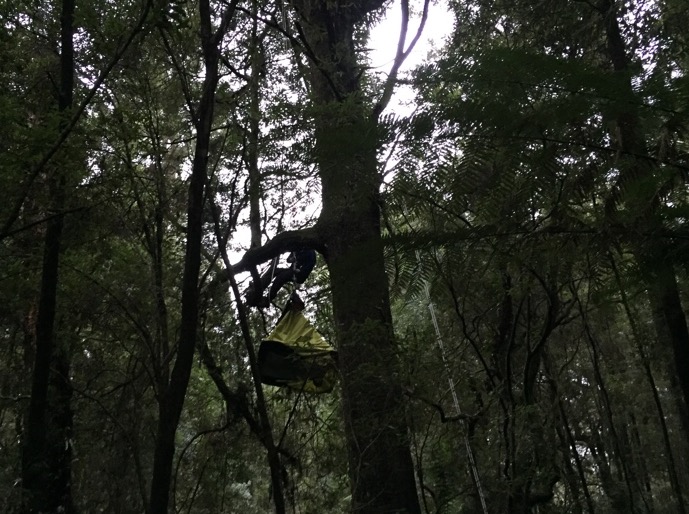 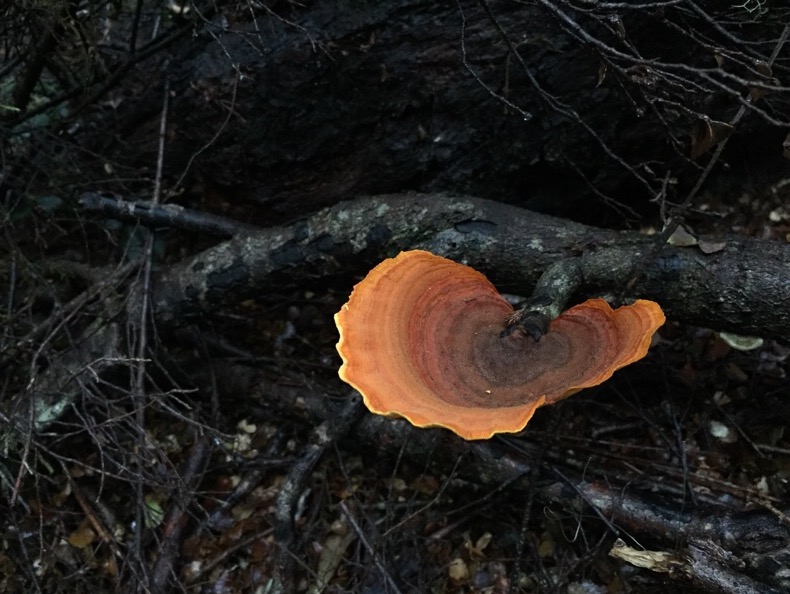 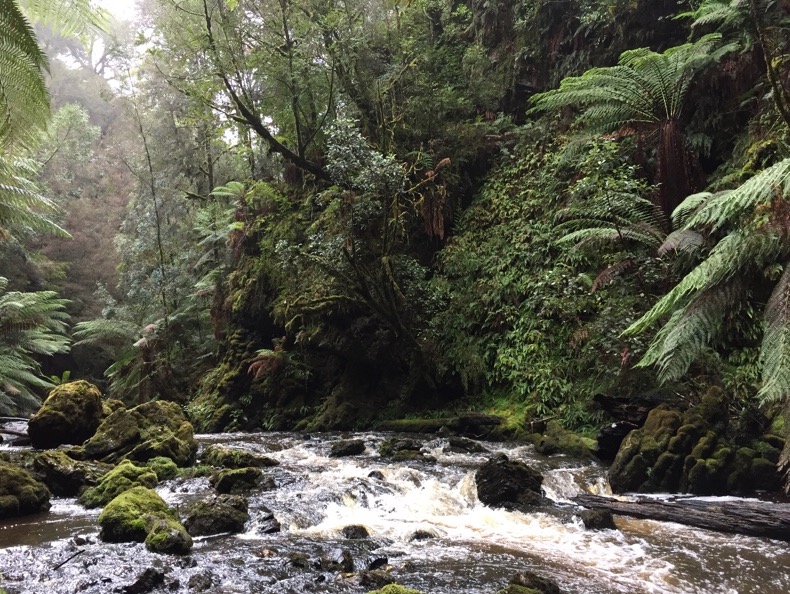 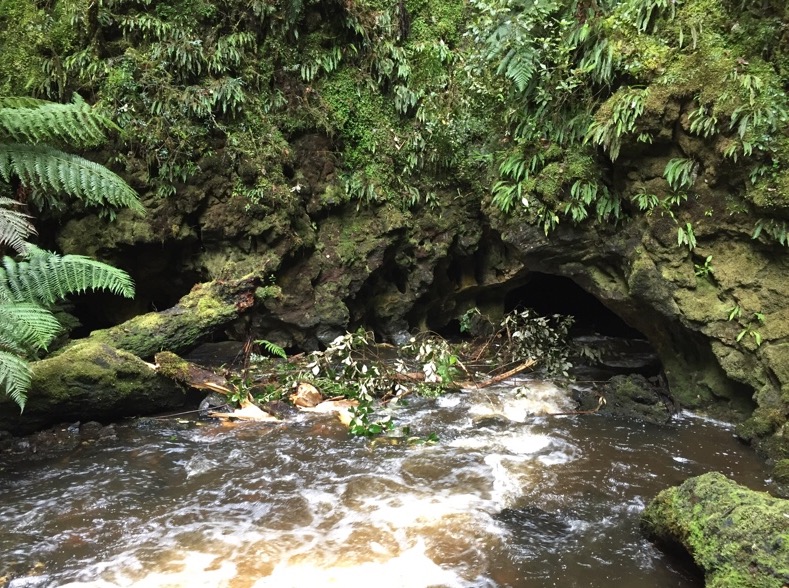 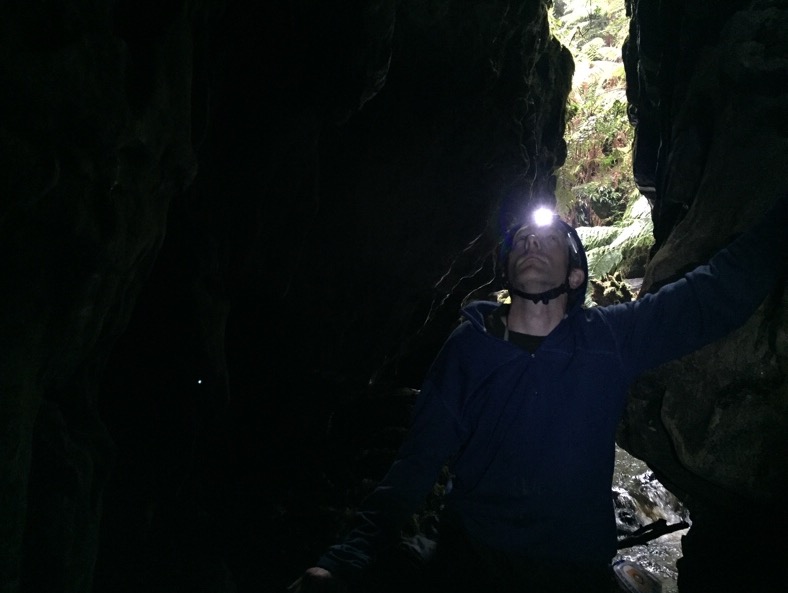 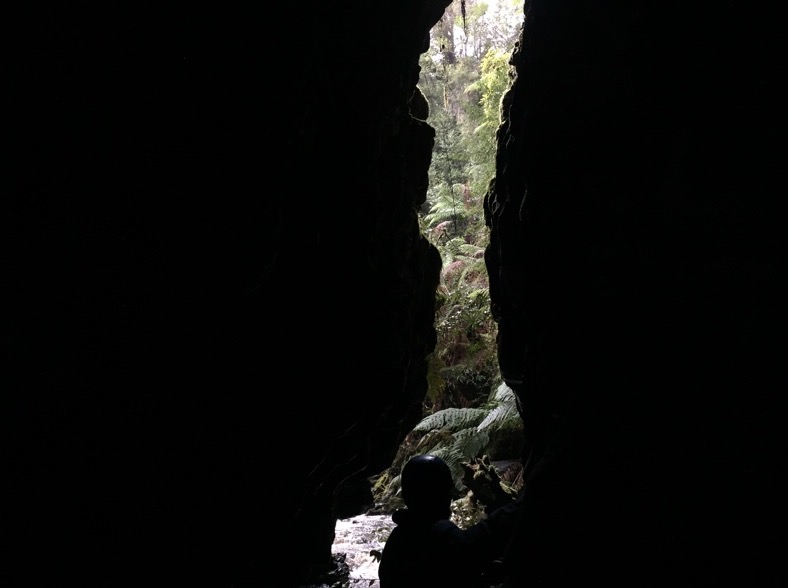 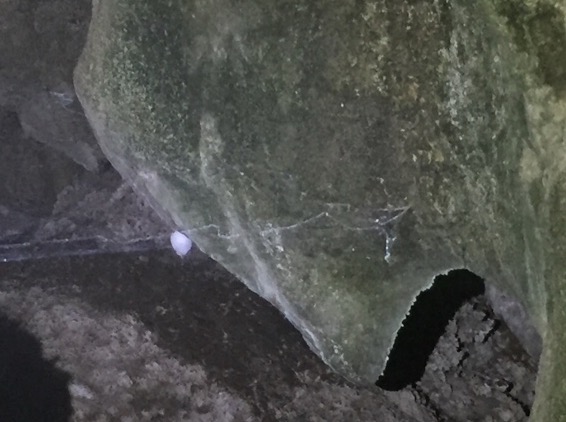 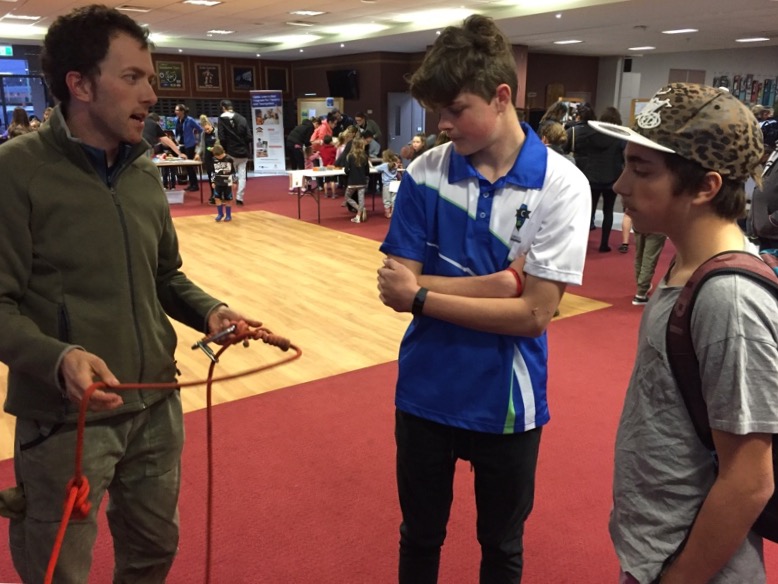 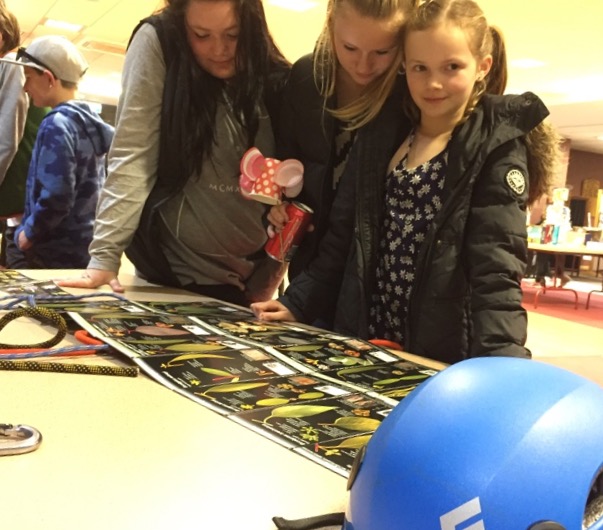 Going under the forest floor...

Last night Yoav and I went to the Science Gig at Smithton.we had the worst display there, just us with some ropes and climbing gear straight out of he bush! But it didn't matter because we met three students from the local high school who were part of Expedition Class in primary school way back in the distant past! They remembered Volcano Land, Cave Search and Coast Watchers.

The weather report looked like rain from mid morning until... ever more. So our first task, even before breakfast was to set up the treehouse in the myrtle. Yoav was ground control and I climbed and pulled out the treehouse behind me. The threatening rain and overcast skies made it a dark forest indeed.

Last night a local man gave us a hot tip about a cave nearby. We were sworn to secrecy.  The cave swallows up an entire river and takes it through a hill to the other side. A secret river swallowing cave, what could be more exciting? After following the directions and a rough track we came down a steep bank, and sure enough the river disappeared into the side of the hill. There was too much water to go into the cave very far but we made it far enough to see Tasmanian cave spiders and cave crickets.

We navigated over the hill to find where the water emerged on the other side. Then the rain started tumbling down and we made our way back to the campsite with sodden raincoats and wet socks. Yoav's friend Nicole Anderson who is a doctor in Smithton came to visit and climb up to the treehouse. I'm about to climb up and spend the first night 30 m up in the myrtle tree. I hope it's a dry night. Have a look at the video for some rainforest log creatures that we found on our walk today.