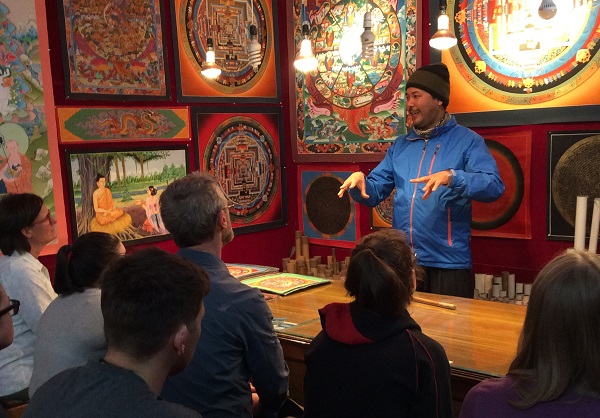 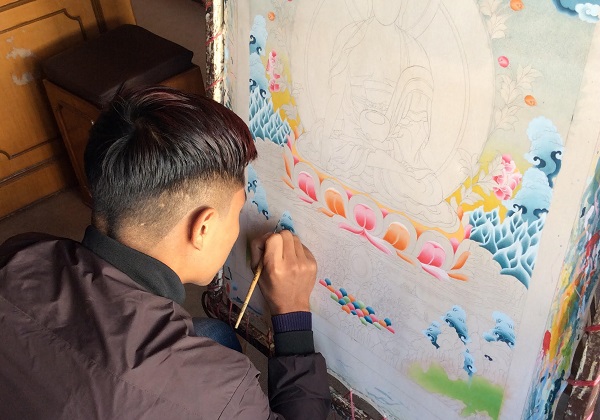 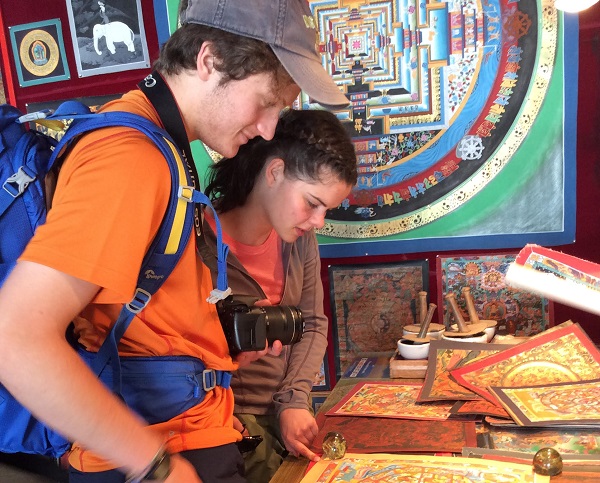 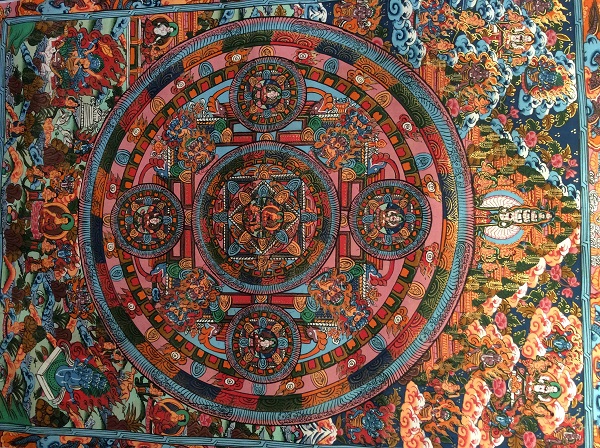 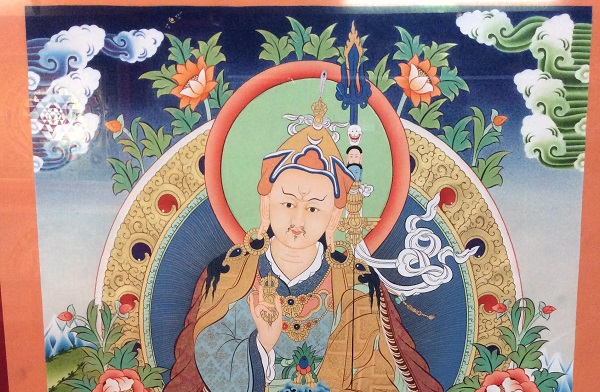 Today was the first full day our group had in Nepal. It began with a buffet breakfast at the  Radisson Hotel and then a tour to the Pashupatinath Temple and the Great Boudha Stupa led by our esteemed tour guide and future Nepalese Prime Minister Shri. The Temple and the cremations taking place there were different to anything we had previously seen. The bodies were cremated on the edge of a sacred river and the remains washed in. The temples of fertility were interesting along with the holy men who resided there. Our next stop, the Great Boudha  stupa was enormous. It was a white, had four doors of silver and a tower of gold and was adorned with prayer flags and the eyes of Buddha.

Before properly exploring the Stupa, we were able to visit an art gallery and learn the techniques of how to create the intricate designs. Shri then took us to a rooftop lunch, and then we returned to the hotel to pack. Once we had done so, we’d once again headed out into Tomul and on our way decided to purchase our tshirt and try our hand at bartering. Unsurprisingly, we were terrible and as a result were charged enough for three tshirts each. After a few more hours of shopping we met everyone for a dinner at Fire and Ice.

Day 1 in Kathmandu was spent sightseeing and included a visit to Pashupatinath (a Hindu site) and Boudhanath (a Buddhist site). Surrounding the Great Boudha Stupa are numerous shops but amongst the shops are several Thangka schools/studios. Thangka is a form of Tibetan Buddhist painting which is usually done on cotton. We were fortunate to visit one place where Tsonamgel Lama practices the craft along with up to 200 artists who have contribute works. He taught the group about the way the Thangka canvases are prepared, the long and precise process required to paint them and the religious iconography of the various designs. Some of the larger works could take literally months of painstaking work.

Popular depictions included the traditional mandala designs and various others which include Buddha, bodhisattvas, demons, deities, the process of samsara and the quest for nirvana.

Tsonamgel Lama, who runs the centre and taught us about the artform, was as complex and multi-faceted as the Thangkas were. He was a Buddhist monk for many years; completed a Master in Mathematics and now operates the Thangka school. It was not surprising to see how the geometric beauty of the artworks appealed to Tsongamel's mathematical side whereas the religious depictions appealed to his deeply spiritual beliefs.