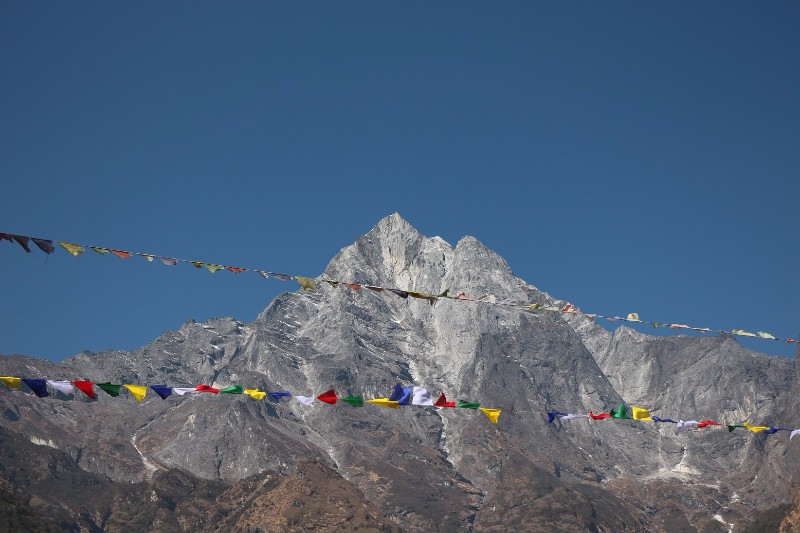 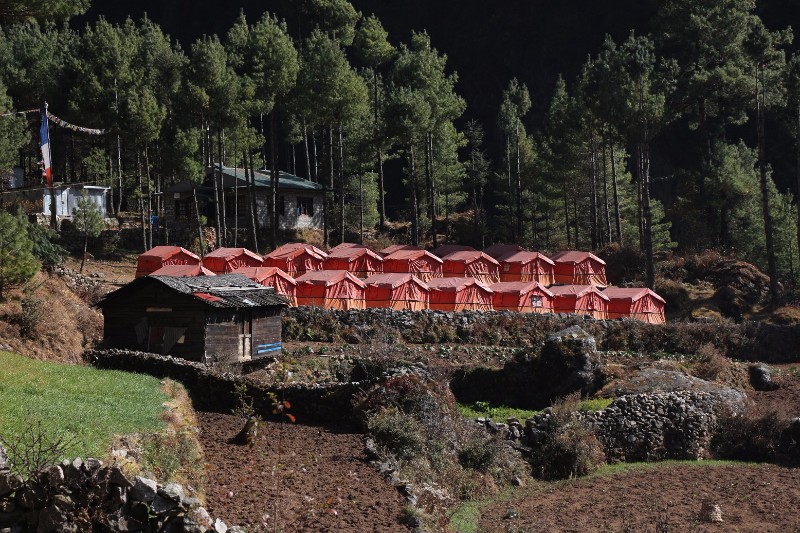 We got woken up at 6:30 to a cup of black tea and some hot water to clean up in (pure luxury!). Breakfast was porridge with a boiled egg and some pancakes, and once we were properly awake, rugged up and full of beans we set out across the west side of the Dudh Kosi (Milk River). It was a path less travelled, and a welcome break from the busy stream of donkeys, horses and tourists. After around two hours of walking we came to a Pema Choling Gumba (a Buddhist Monastery). Once one of the oldest monasteries in Nepal, in recent years it has been rebuilt after the 2015 earthquakes. We were shown around by 3 young monks, and it was our first opportunity to observe the inside of a monastery. After a snack and drink, we continued to Monjo, our next campsite. It looked over a beautiful valley and the town, and we had a delicious lunch of pasta, sausage, spinach, roti and vegetables sourced from the local farms. The afternoon held a walk to the start of the Sagamartha National Park and some downtime. Over the trek we have begun to get to know the staff travelling with us. An interview is included in a Special Report on the next page.

Bikash has been guiding for 13 years with World Expeditions and his favourite trek to do is the Mera Peak. He guides for roughly a third of the year, and when he is not guiding he is relaxing and spending time with his wife and little boy in Kathmandu. He only likes vegemite a little bit and comes from the Everest region. He loves guiding and has not yet travelled overseas, but would love to come to Australia.

Charan has been guiding for five years and his favourite trip to do is the Gokyo Ri Trek. When he is not guiding, he is spending time with his family on their farm growing rice and other crops. He does not like vegemite at all and absolutely loves guiding. He has travelled to India and would like to travel to America and do some trekking over there.