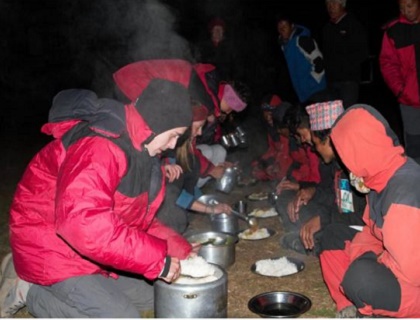 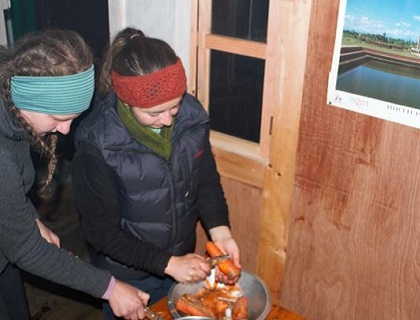 The final day of trek didn't realy constitutue a trekking day. We were able to sleep in until 7:00am and didn't depart until just before 9:00am. In under two hours of walking we had arrived at Lukla where we had a day of leisure. Some chose to go for a walk but most people relaxed in the Guest House and reflected on the past fortnight. WiFi was once again avaialble so many people contacted home.

At this point, rather than go into details about what was a pretty uneventful day, we've presented some data which we have been collecting throughout the trek. Sue (or resident doctor) encouraged the group to monitor and record their oxygen levels and pulse at each campsite and that data is presented herein. It is hard to make any scientific conclusions but it does, nonethless, make for an interesting pilot study. Who knows... maybe one of the students will pick up the reins and decide to conduct research in the future about the effects of altitude on trekkers.