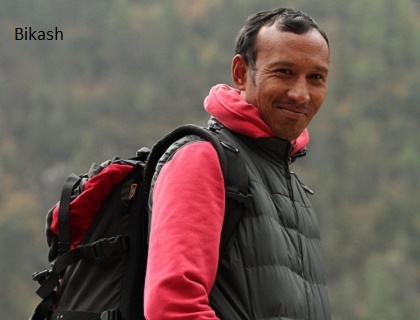 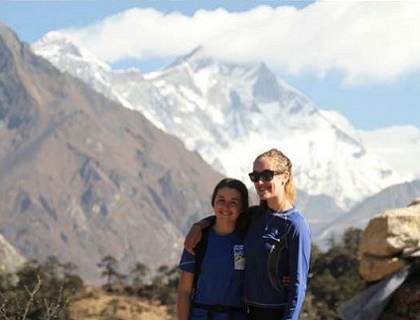 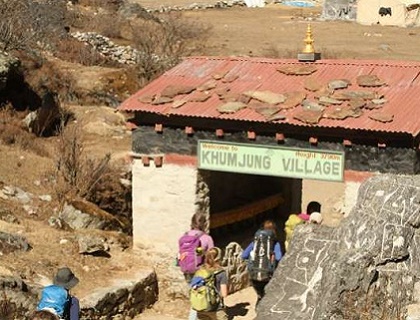 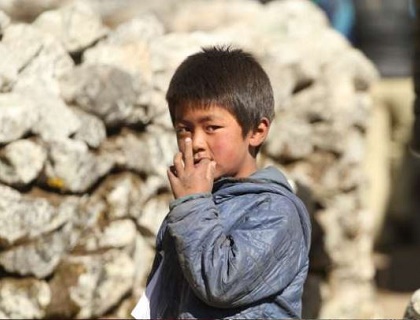 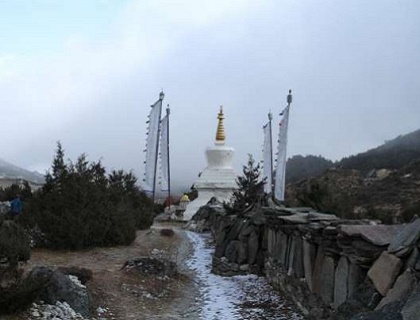 After being overfed yet again for breakfast, the group set off early for the longer walk to Dole. We started out walking along an open hill, with low growing grass and shrubs. We had views down the valley and clear views of Ama Dablam, a peak which one of our team members, Ngawang, had climbed in the past. We encountered many yaks, living up to the slightly excessive yak merchandise we had seen in shops in Kathmandu and Namche. After a gentle incline, we walked rapidly down, only meaning that we had to go back up the hill afterwards, as we had been told our camp was 200m higher than our last camp. Soon enough we began ascending, passing a deceiving looking tent site which we painfully learnt was not ours. Although the walk was steep, there was no doubt that we had an exceptionally strong walking group. In the wake of Tina and Max powering ahead, everyone else walked at their own pace, potentially feeling the altitude of about 4000m.

We walked through the most beautiful landscape, walking underneath trees with thin spindly branches and lichen hanging from them. We passed incredible frozen waterfalls, and noticed touches of snow lining the path. It was a beautiful clear, sunny day giving us great views of the snowy peaks down the valley. Near the top, we were greeted with warm lemon drink, giving us the energy to power up to Dole. The air was significantly colder once we stopped moving, forcing us all inside the hut to relax, read and play countless card games of Scumbags and Presidents.

As the group continue their trek out of the spotlight for a few days we will meet their guides. Interview by Sam Strong

Nickname: Bhote (sort of derogatory Tibetan word for people who spend lots of time in the mountains)

If you could take a celebrity up a mountain, who would it be?: Doug Grubert

Ever had a near death experience?: ‘At camp two of Mt Barnentse (6800m), I got very sick. I’m certain it wasn’t from the altitude, but from the food. I felt so bad I thought I was going to die. All I ate in two days was a packet of noodles. It was even worse because on this trip I had to carry all of my own gear; over 20kgs.’

Most valuable piece of equipment: Sleeping bag. Perspex boots when in the mountains because they are very light.

Most annoying thing about our group: ‘You are all very calm. You all go to different schools, but to me it seems like you all come from the same school.’

Best thing about working for World Expeditions: I get lots of good work.

Any Family?: Married and have one 18 month old boy.