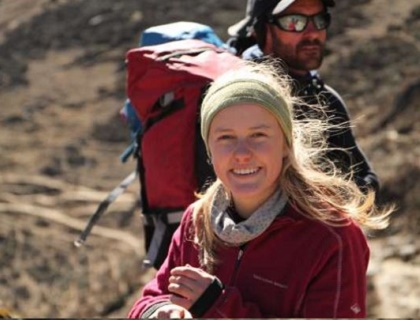 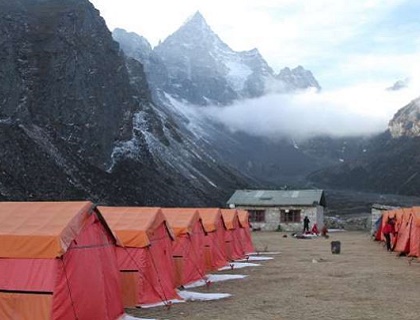 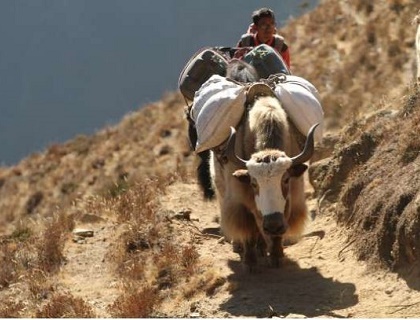 I Can’t Feel My Face (When I’m On Diamox)

By Ellie and Ella

Diamox: medication used in preventative and treatment approach to altitude sickness.
At Machermo, many of us made the voluntary decision to begin taking Diamox to prevent the typical symptoms of altitude sickness. Diamox has a few side effects, one of which includes tingling and numbness of the face. Many of us experienced a numb face when we woke up to begin our trek to our highest campsite and slightly freaked out, before being reassured by our resident hero Sue (aka Sue-per) that a weird numb face was totally normal.

To pass the time at the beginning of our walk from Machermo (4400 m) to Gokyo (4800 m) because obviously there was nothing to look at in the Himalayas, we played multiple rounds of Eye Spy/I Spy (there was controversy over the correct spelling). Highlights included Zoe’s Spy: her shadow, which took us at least 15 minutes to correctly guess, and the debate over whether Lucy’s Spy of contours was something you could actually spy.
After a steep ascent next to the Dudh Kosi (Milk River) and following an immeasurable number of cairns to show us the way, we reached the first of the Gokyo Lakes. The Lakes are a brilliant blue colour due to the silica dust from the glacier and we saw a few ducks on their migration; Doug was quite pleased to share with us the name he had invented for them: the ‘Birds of Gokyo’. The village of Gokyo is situated next to the third Gokyo Lake and Max made a dramatic entrance by slipping oh-so-gracefully on a large piece of ice. We were thrilled to arrive at Fitzroy Inn, our home for the next three nights as after staying in tents for a while it felt like luxury.

About half of us chose to go on a short walk, while the rest of us remained behind to read, catch us on our journals and chill out. Sam discovered his inner paternal abilities when Ngawang (one of our guides) presented him with a puppy; Sam named him Carlos and he promptly fell asleep snuggled inside Sam’s down jacket.
When the walkers returned, they tried (and failed) to convince the rest of us that an extremely blurry photo taken by Max featured a snow leopard, and we all eagerly sat down for dinner. As it was Sue-per’s birthday, we presented her with a map of the Sagarmatha National Park in Nepal, with personalised birthday messages from all of us on the back. Lakpa, our god-like cook, had prepared Sue-per a beautiful birthday cake and to Ellie, Lucy and Sue-per’s delight, Lakpa assured us that it was 100% gluten free.
All of us went to bed feeling nervous and excited for our ascent of Gokyo Ri (5360 m) the next day.
P.S. for those who don’t listen to modern music, the title of this blog post references the song ‘I Can’t Feel My Face (When I’m With You)’ by The Weeknd, and Doug’s ‘Birds of Gokyo’ title references the band Birds of Tokyo.