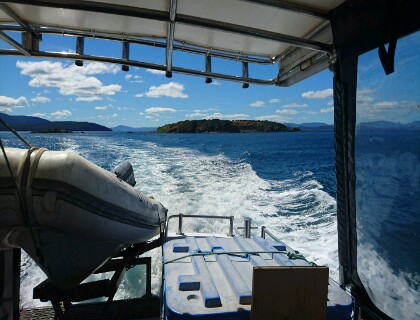 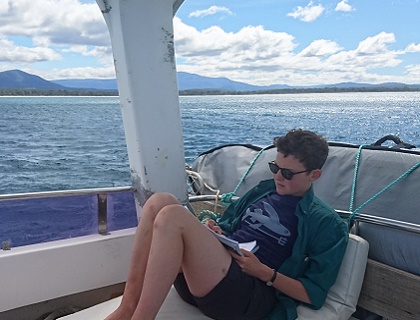 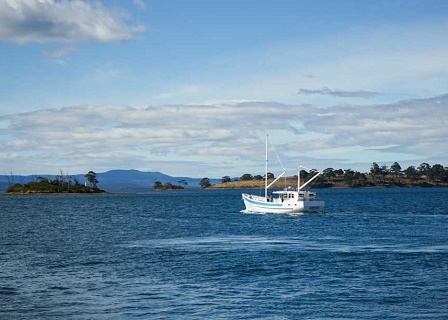 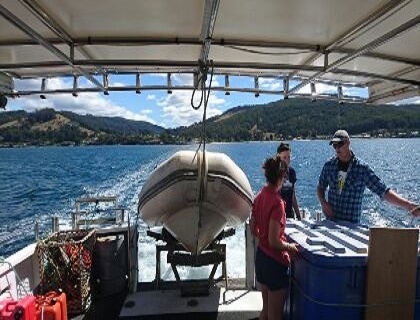 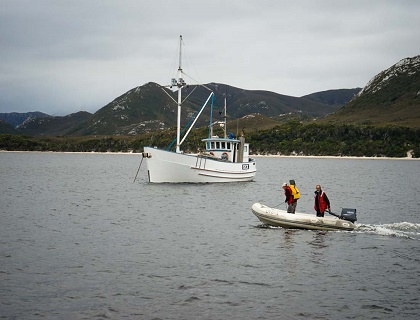 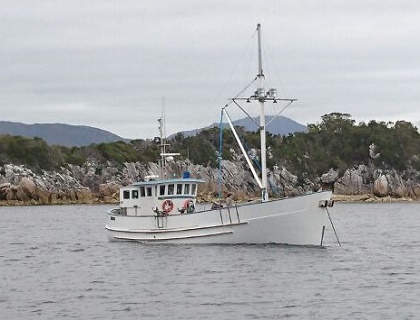 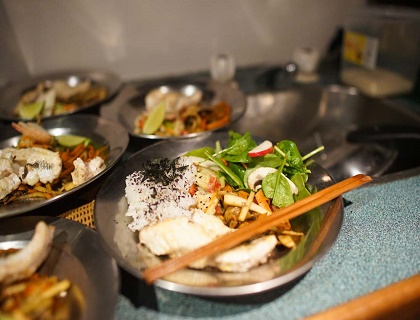 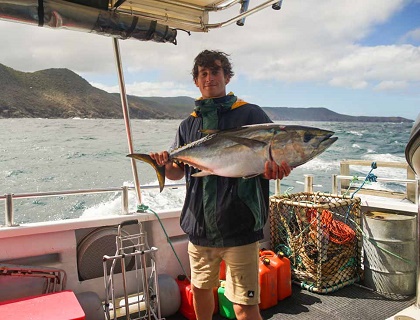 From city to wilderness in a day... it begins!

Pat here, yes I am a real person!

Yesterday (Saturday) morning my day started with Sydney traffic and ended in a boat anchored in New Harbour, way down on the SW coast of Tasmania. What a day!

After flying to Hobart, Andrew (from the Bookend Trust/ Expedition Class) gave me a lift to Dover and I joined the crew of the "Velocity".

The Velocity is a tough 56ft (16m) long boat built for rough Tasmanian waters and that's a good thing becuase pretty soon we were slamming through some decent size waves on our way around the wild southern capes.

For me the first day on the sea is usually a battle against seasickness and this day was no exception:

DO NOT try to do anything else such as look at your camera!

Along the way we dropped an adventurous artist called James off to make a wilderness camp on De Witt island and caught a nice fat Tuna and many flathead and squid.

It was great to meet the crew - great people who I will tell you about in the days ahead.

We only stayed at New Harbour until 4am this morning before we pulled up the anchor and steamed on for a few more hours to get to where we are now - Spain bay in Port Davey.

1. Wearing the right clothes for the conditions (I started the voyage dressed for Sydney and now I'm dressed like a weird cross between a bushwalker, a surfer and a sailor.

Watching James get onto de Witt island, climbing up 45 degree rocks in his city clothes with a Kmart tent over his shoulder.

I have to go and clean up Spain bay beach now. I'll tell you about that tomorrow.

If you have any questions there is a forum in Connect (if you're signed in it'll change to Discuss). The first student brave enough to throw me a curly one wins a laminated map of South West Tasmania.