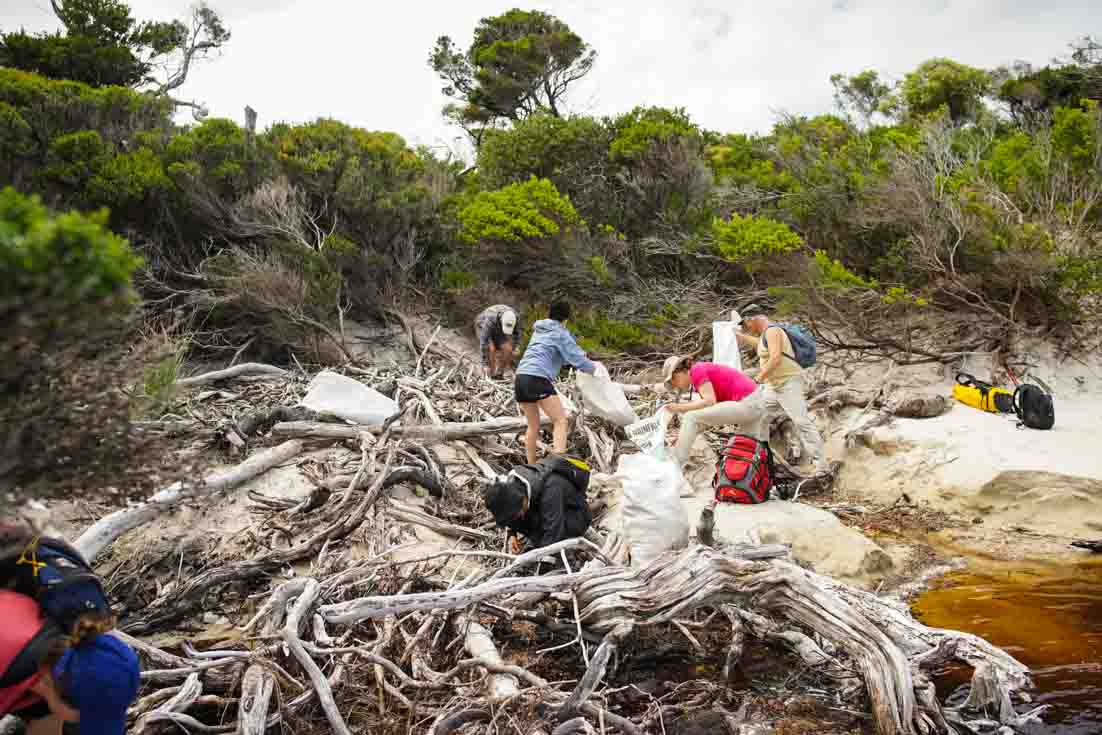 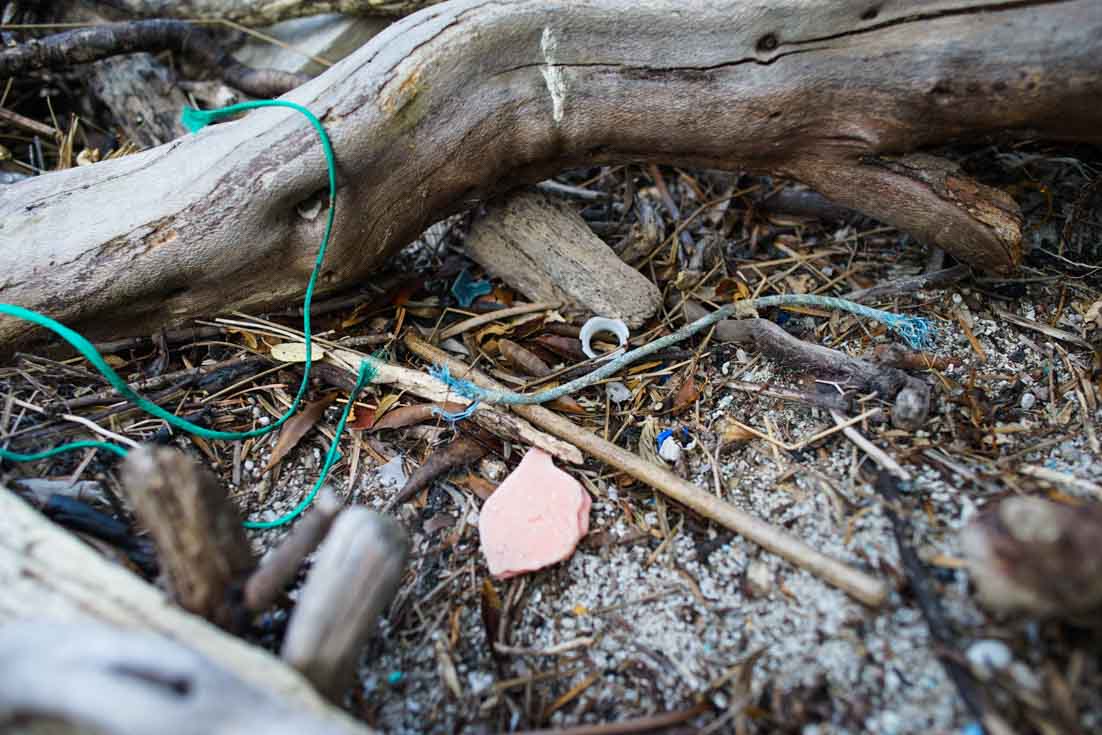 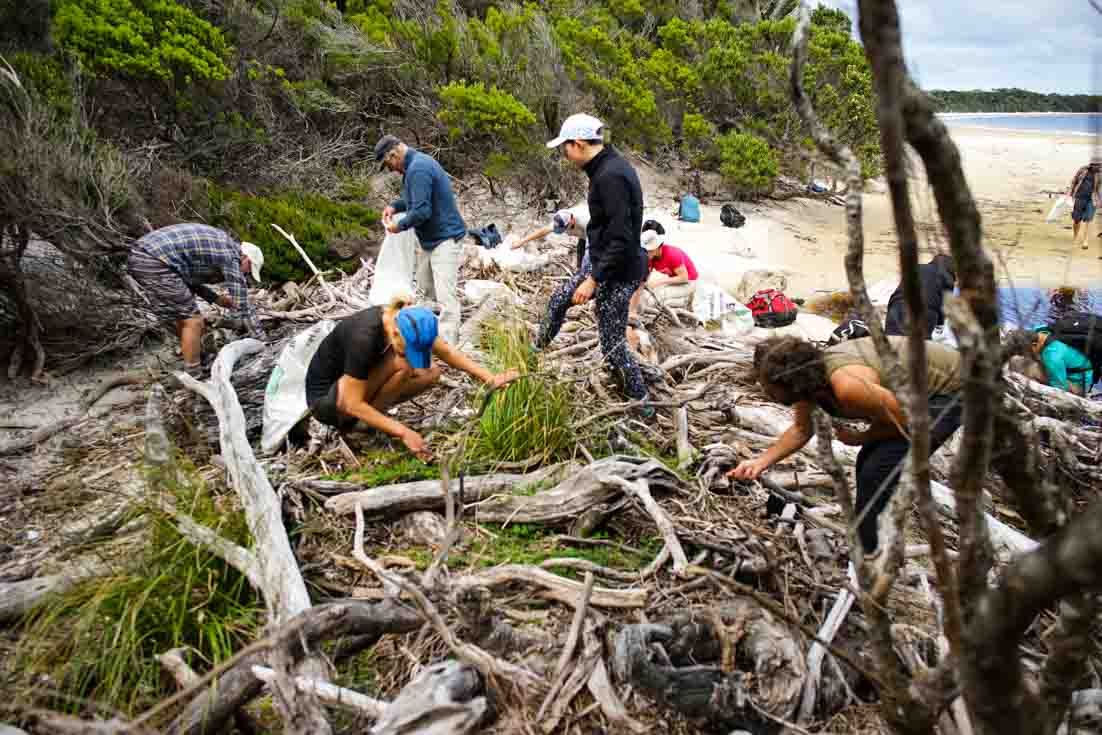 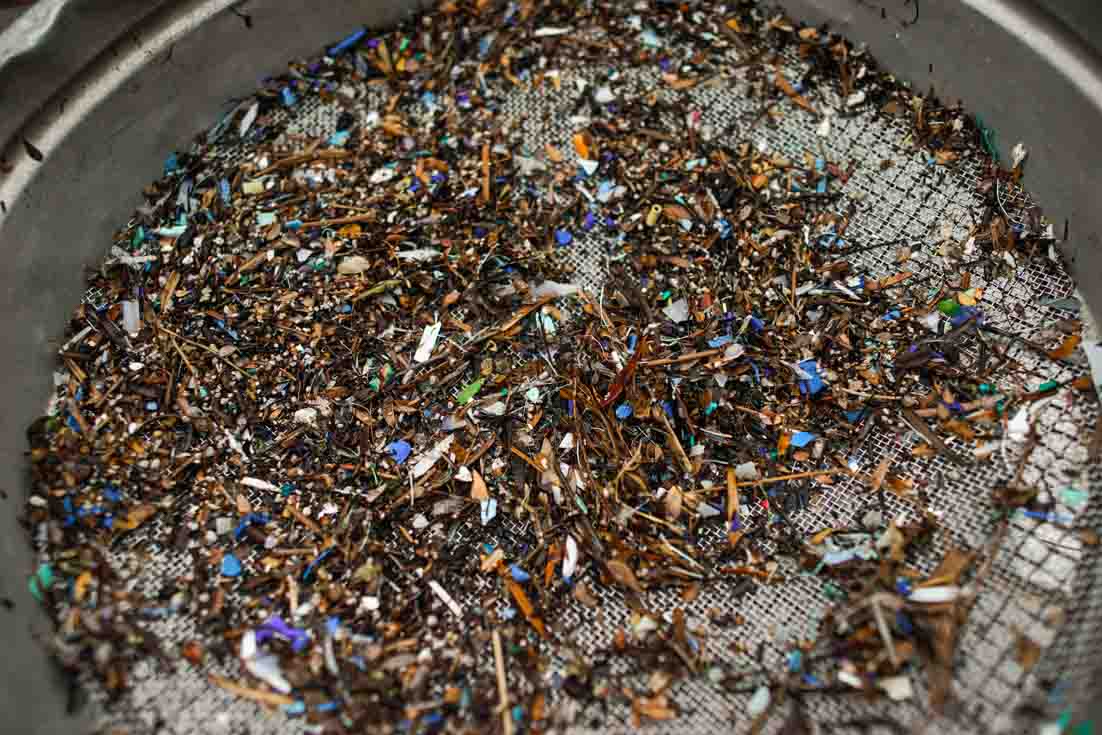 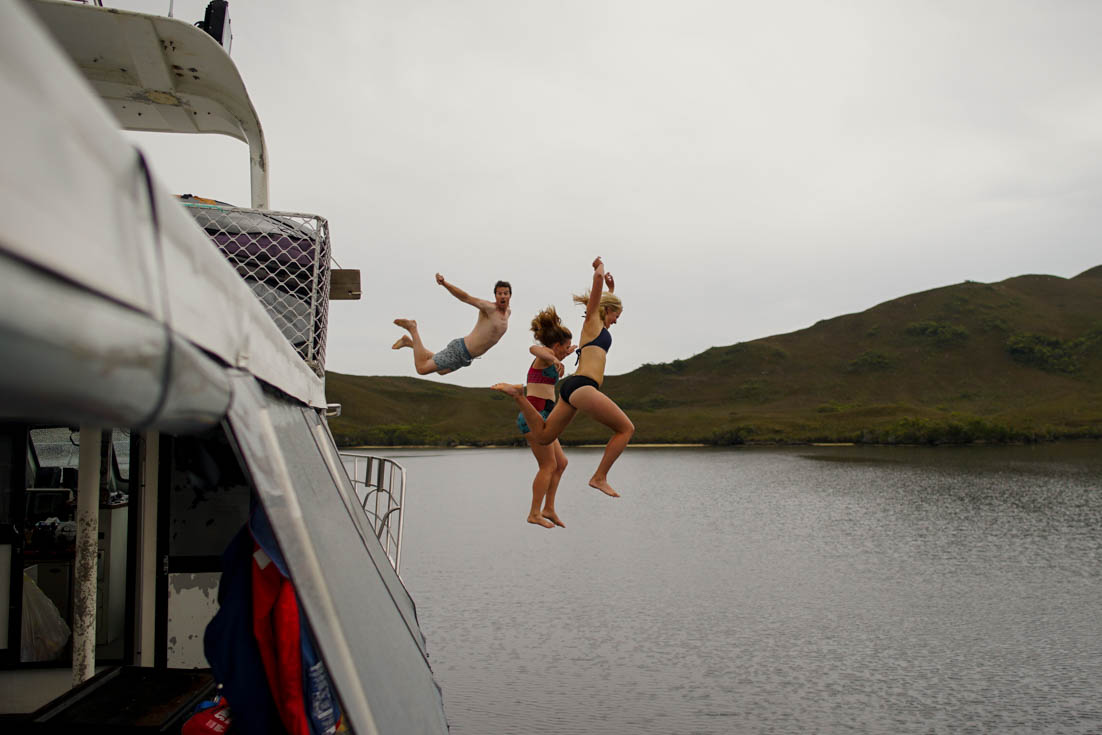 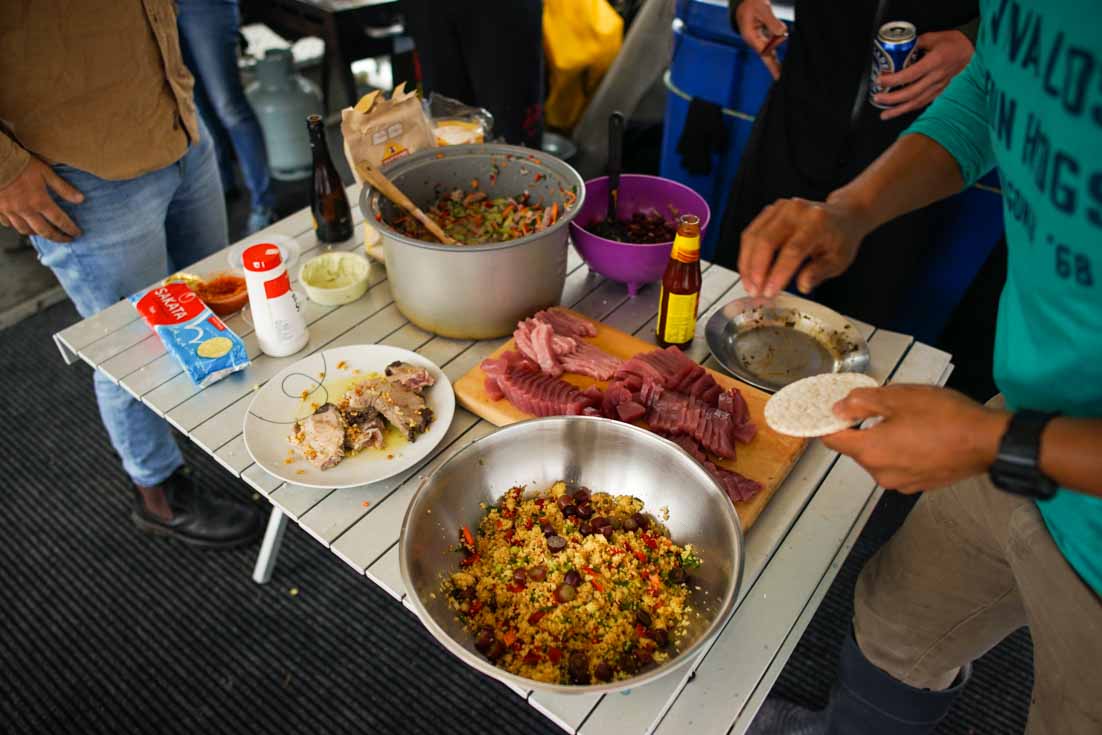 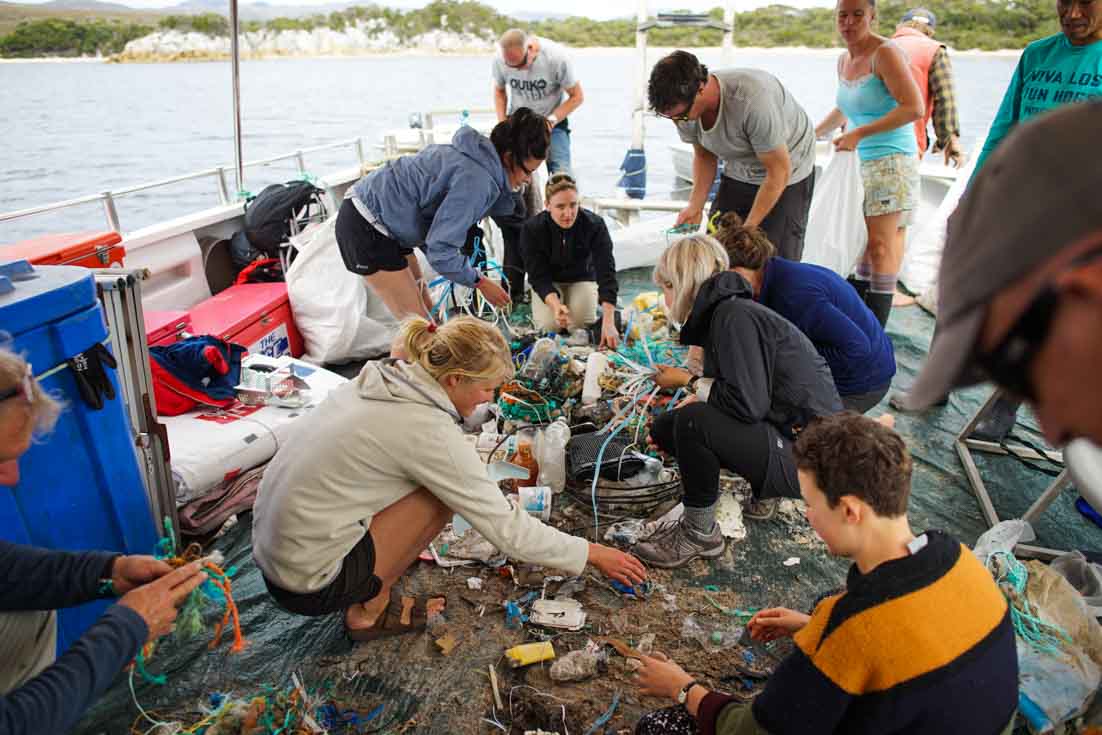 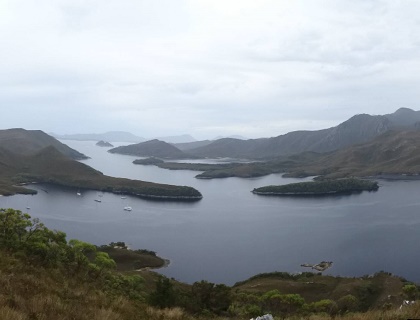 After sending out yesterday morning's message it was time to join the team cleaning the beaches of Spain Bay.

We had 16 people walking along the beach looking for rubbish.

The method we used reminded me of something we used to do when I was about 10 years old. Whenever there was a large area to be cleaned up, we would do something called an "emu bob".

An "emu bob" cleanup is basically a line of people where everyone stands about 2 meters from each other and walks along together with their eyes down, looking carefully for rubbish.
If you spot some rubbish and bent over to pick it up your arm looks JUST LIKE THE HEAD OF AN EMU pecking the ground. Simple and effective!

That's what the team was doing on this beach, and it was working well.

I had to catch up to the line and found they had already snagged all the big-ticket rubbish items such as buckets, shotgun shells and make-up containers.

I walked slowly along the high tide line scanning the sand. What surprised me was all the thousands and thousands of short bits of plastic rope.

The beach was almost totally covered in these tiny 4-8cm long bits of rope.

I think you know this type of rope, it is cheap and shiny when new and it is braided together. It is made of a plastic called polypropylene. Your family probably uses it when you go camping. When it gets into the oceans it breaks down into thousands of these little plastic strands which absorb more toxic chemicals.

That's almost all I picked up all day long!

When we gathered together on the back deck of one of the boats and counted the rubbish at the end of the day we worked out had collected a whopping 3684 bits of rope and 3220 small bits of plastic.

Phoebe was cross when she realised she had just counted 190 small pieces of plastic but had not separated out the bottle lids (which are a different class of rubbish on our count list).

Matt Dell is the organiser of the trip and he said, "Well I'll be blowed! We cleaned this beach last last year and thought it would be quite clean!"

Matt told me that the rubbish ends up on these beaches because of the ocean currents and the regular westerly winds. Can anybody name the two currents that meet off SW Tasmania?

After the rubbish had been sorted into different bags and tied down securely we sailed around into Bathurst Harbour past some amazing rocky mountains that came down to the sea in big cliffs and tied the 3 boats together in a raft.

I went exploring by myself and climbed a hill where I got the most amazing view of the area. Have a look at this for a view!

Tomorrow we are headed back to another beach in Spain Bay.

It's a bit windy today, I wonder if I will get a chance to fly my kite in the next few days?

Some good parts of today:

1. When Masaaki showed me some native pepper berries and of course I had to taste them. For the first half a minute I chewed enthusiastically then for the next two minutes I danced around spitting out the fiery hot seeds. I think I will try tricking one of the others today.
2. Hiking up a hill where near where we slept and finding a spot the most amazing view of the area.
3. Spotting all the little invertebrates that live on the beach.
4. Eating Masaaki and Gerhard's spectacular food!