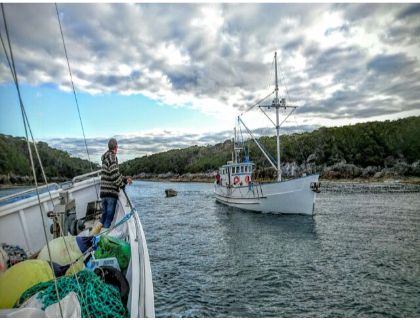 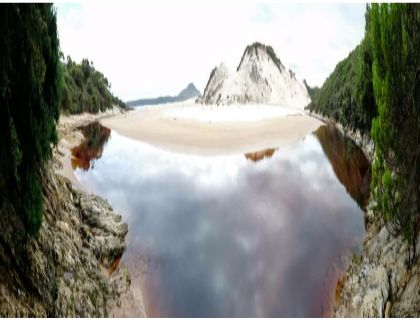 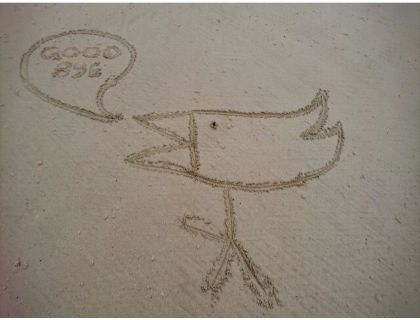 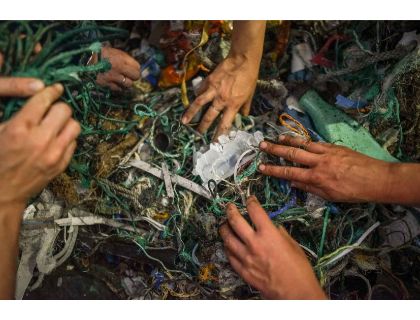 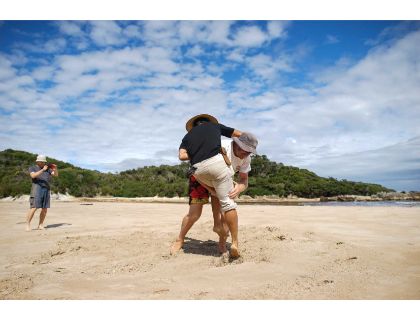 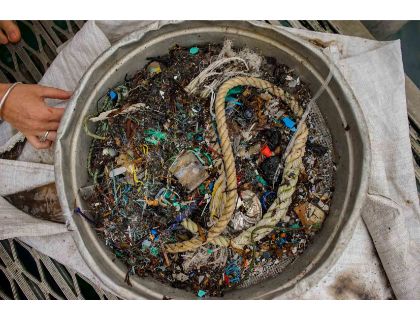 We left the sheltered waters of the gulch not long after dawn bound for Mulcahy beach.
Everyone was already suited up ready for a wet surf landing and moments after the anchors splashed into the water we were piling into the dinghies and setting off.

Wes, Dave and Harry are real masters in the art of handling overladen small boats in the waves.

The trick when coming in is to ride the back of a wave, just behind the white water, that and have a big motor in good condition!

When leaving the beach and heading out the trick is to be observant and patient, waiting for a small set of waves. Then go for it and be confident in your steering decisions. Several times it seemed like we were about to receive a monster wave into the boat and then with a slight steering movement we would be skimming over the shoulder and gliding down into a trough.

The beach was a spectacular wild place.
First I cleaned the around the mouth of a large creek on the southern end and saw plenty of animal tracks including devils.

Then we walked all the way to the other end of the beach and did our emu bob all the way back. The beach was rich in bait saver baskets, bait box straps and, you guessed it, lots of small plastics. I had a creepy moment when I picked up a small green chunk of plastic and had a closer look – it was the head of a crazy clown!

Later on Masaaki and I started up the first ever Mulcahy beach Sumo wrestling tournament:

Next page for results>>

Here are the results:

Masaaki and I also started a new sport! “Storm bight cliff sand running”
A storm bight is a sandy cliff created by a strong rip-tide created by strong storm waves.
The sand cliff was about 2 meters high and when you run along the top edge it collapses just behind you, you have to run very quickly and smoothly or you tumble down the bank in a minor avalanche of sand.
This was great fun but the storm bank had only been created the day before and it was fully of plastic rubbish! So we made even more work for ourselves.

Despite all this we did 6 hours of hard cleaning up. When we finally got all the rubbish back to the Velocity we counted a total of 14,842 bits of rubbish, with 11,550 pieces of small plastic alone!

See you soon everyone! We’ll be home soon.