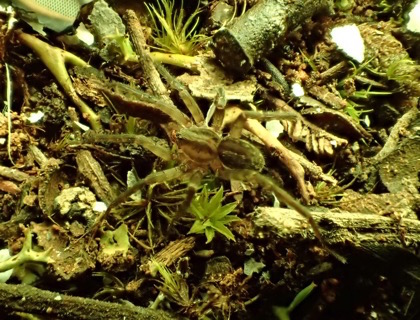 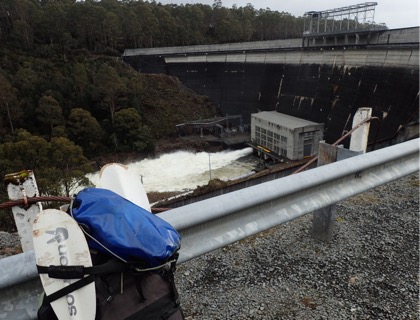 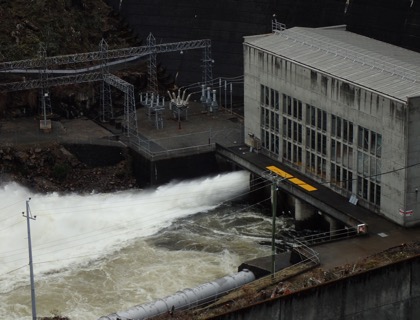 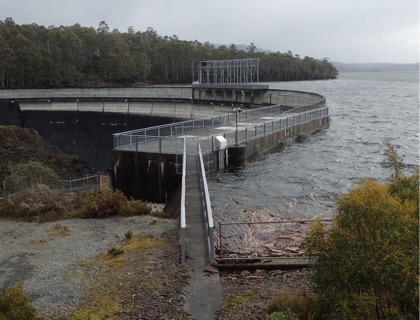 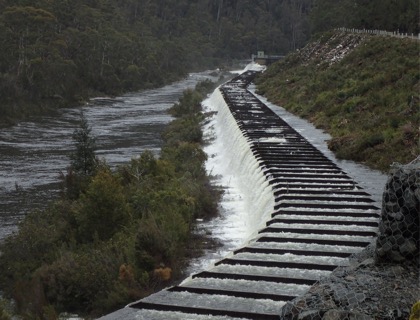 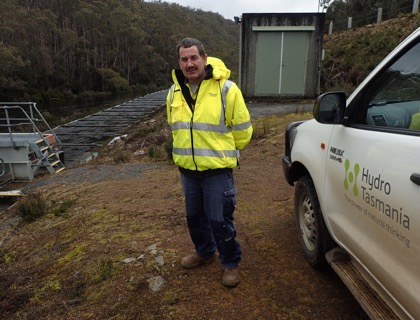 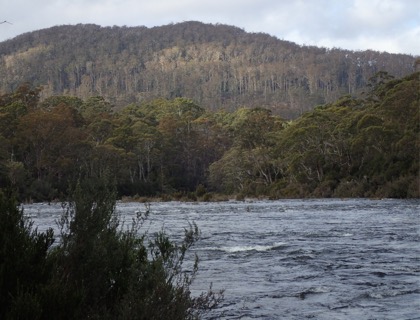 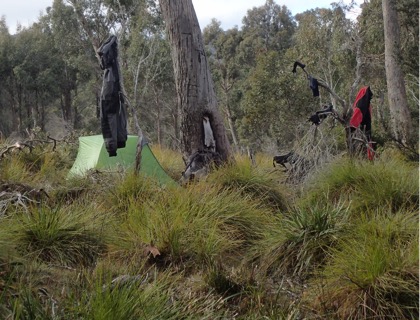 While it rained this morning, to keep myself busy, I looked for tiny things in the vestibule. I found a couple of very small seeds, a flying ant and this teeny weeny spider. It reminded me of the upcoming BioBlitz for Tassie students in Hobart and Latrobe where we'll have scientists helping us look for creatures like this and then be able to say something sensible about them. Instead of just how teeny weeny they are.

With the showers passing I rolled up Dave the Ruby Currant into a small ball and shoved it in the bottom of my pack. Everything else went on top and the paddles on the side. With this towering pack I set off down the road on foot as I'd reached the end of the lake. The dam wall that holds the river up is simply huge and at the foot of it is the Butlers Gorge Power Station. Transmission lines shoot off full of electricity to join the grid down the line.

Not all the water is put back into the river, as there are two canals that divert water around the hill to another power station on the Nive River. In one photo you can see a canal overflowing. Stephen who works for Hydro explained there's a problem at the intake valve and it's letting too much water in. We talked for a long time and I learnt that Stephen's grandfather, father and now son have all worked for Hydro. He told me about some of the history of the area. Part of his job is to inspect the infrastructure in the upper Derwent section including to see if the dam walls are solid. Pretty important job I'd say.

I continued along the road beside the canal until finding a good campsite in a buttongrass plain near the river. I pushed through the scrub to the river for a look. I can't paddle this section because there are some serious rapids between here and Wayatinah and I'd very likely drown. More walking tomorrow. What is that bloodsucker on my hand?