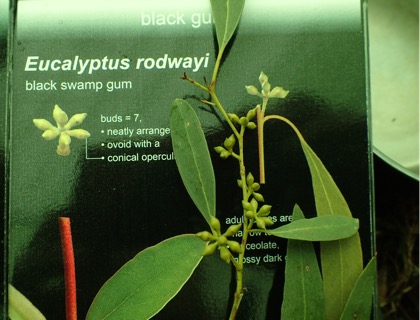 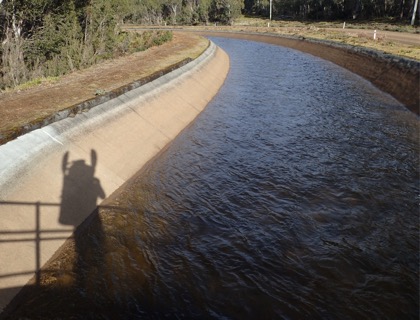 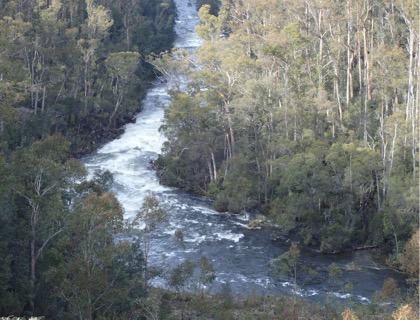 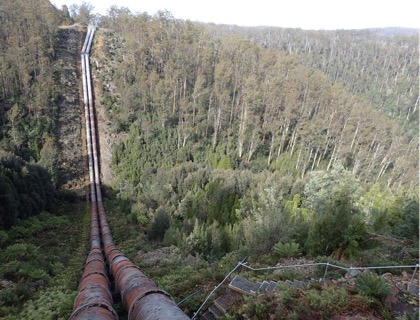 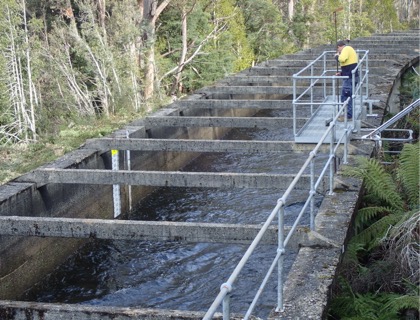 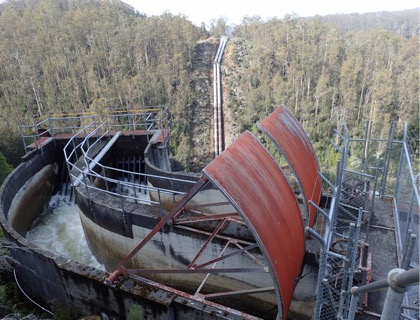 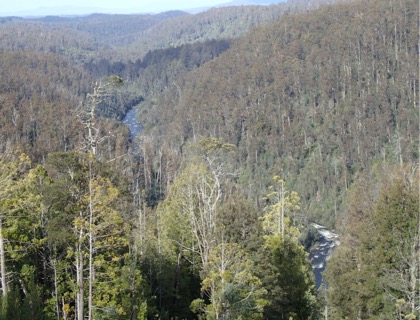 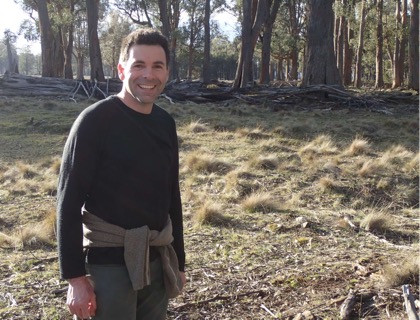 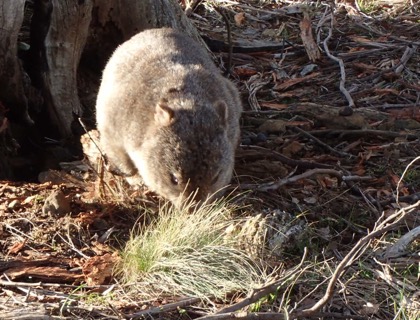 Well, what a strange day it has been. I began in the wombat paddock with warm sunbeams and a different feel about the expedition. It suddenly felt less exposed, less threatening. No snow clouds on the horizon and a downhill run to the settled lands ahead. Maybe being past the half way mark does something too? Walking along the canal road I had glimpses of the river down below. There were raging rapids and steep sided banks. It looked wild and it was with a tinge of regret that I knew I'd have to wait a few more days before I could safely get back in the water.

Down the road and with the soles of my feet getting tender Stephen pulled up in his Hydro badged ute again. 'Fancy seeing you out here.' I exclaimed. He laughed and demanded I get in the ute so he could show me the siphon. I ummed and ahhed, thinking I shouldn't get in the habit of catching lifts during expeditions but he convinced me it was worth it so I jumped in. The siphon is an engineering masterpiece with the canal ending in two enormous pipes that run steeply down a gully. The water fills up the pipes and because the canal starts again on the other side slightly lower the water pours out back into the canal and keeps travelling. You can experiment with a smaller siphon at home or in class!

Stephen dropped me off to keep walking and before long I was on the main highway. Whoa, cars buzzed past and the sealed road was even harder than the dirt one I'd just left. Not far down the first hill a car pulled up and Dr Jason jumped out. 'Andrew, fancy seeing you here.' He said. I was slightly stunned and for the second time today was bundled into a car and driven away. (We've put the map market in the road where I met Jason). Jason brought us up to a family property on the back of the Nive River to stay the night. He's on a Derwent Estuary Program water monitoring field trip, which he does once a month. I'll spend some time with him tomorrow learning about the work they're doing before hitting the road again to reach Wayatinah. Like I said, a very strange day.

There were a couple of posts on the discussion board about how hydro power works. Check out this great resource by Hydro Tasmania - The Power of Nature