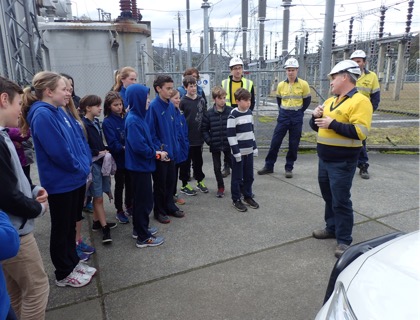 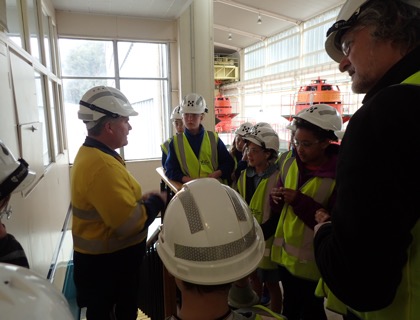 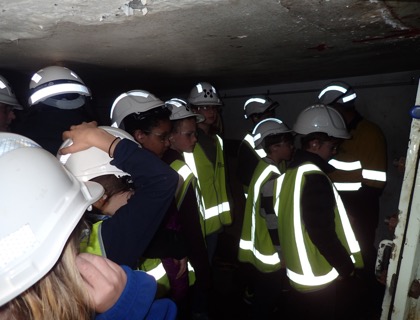 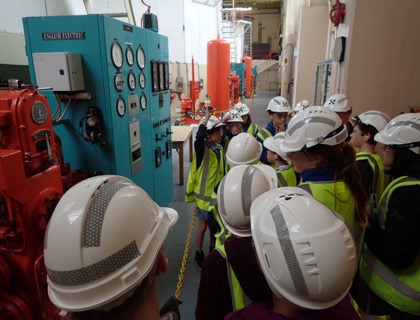 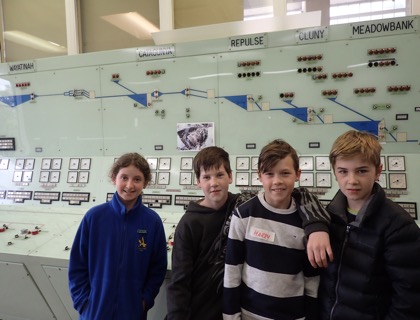 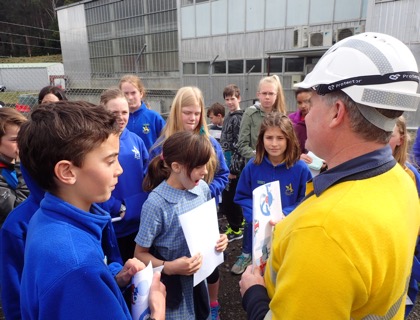 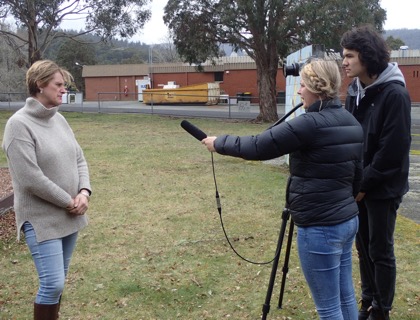 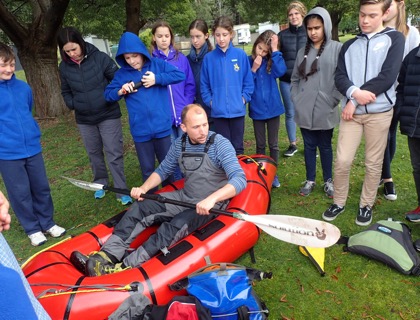 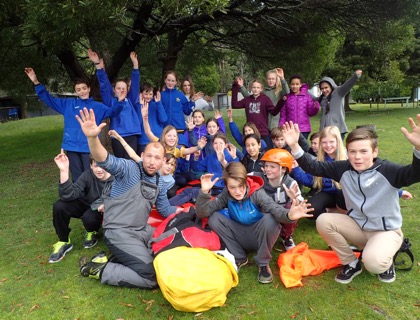 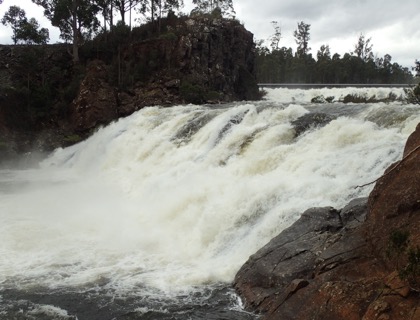 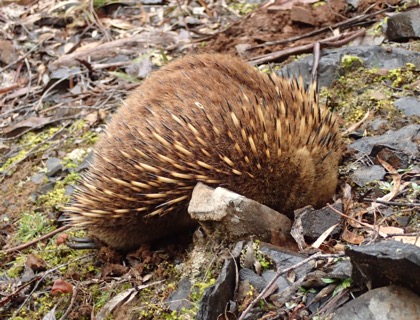 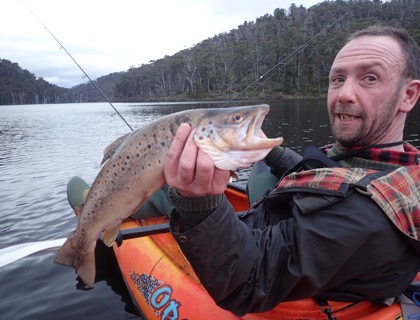 News reached me through Diane at the caravan park this morning. Nic, my wife and expedition coordinator superstar, had phoned Diane with a message that the bus bringing the students up from Hobart had broken down. What are the chances? But a quick backup bus later and they were only half and hour late to arrive at Liapootah Power Station.

I was waiting outside the gates to greet the team from Landsdowne Crescent, Albeura Street and Campbell Street Primary's. Our curriculum writer Kara and film team from Rosny College were along too. Roger from Hydro Tasmania met us for an inside look at Liapootah. From the road it looks like a massive shed with three huge pipes running down the hill into it with a river emerging the other side. Those pipes are full of water from the Nive and Derwent River and they each spin a turbine to generate electricity. You'll have to tell me the exact science of it because I couldn't hear Roger's explanation over the roar of the machines and water.

We went way down into the depths of the plant below the turbines where you have to duck and squeeze through narrow passages. In the control room the main message was 'Just don't touch the red buttons please!' In the wall was a display of all the dams and power stations across Tasmania. We're on the Derwent system but there's others in the north, south west and west coast areas on other major river systems. Back outside we took the earplugs out and watched a test of the enormous pressure release valve that shoots water out like a cannon into the lagoon to bypass the turbines when there's a problem. Thanks Roger and team for a special insight into the main way we make electricity in Tasmania.

We quickly ate lunch and checked out Dave the Ruby Currant. Zara, one of the students here, is responsible for the currant part of the name!  Once the bus departed I jumped in and paddled to the spillway of the lagoon. There's an impressive waterfall at the moment but it's normally dry. Apparently people do kayak down it but not this little Ruby Currant, no siree. I hauled out and walked over the Lake Catagunya to avoid the last really dangerous part of the river. I launched again because I saw a fisherman in a kayak. This is Jason and he's holding up a very decent brown trout. He comes up every few weeks in the season for a quiet fish in the lake. Bring on the weekend and more paddling.