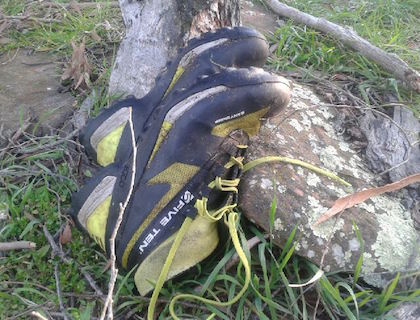 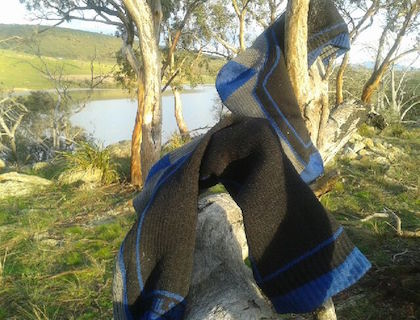 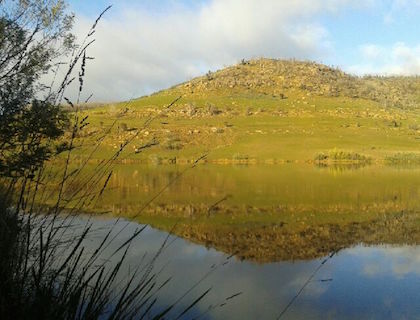 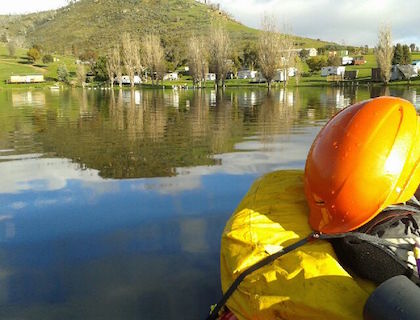 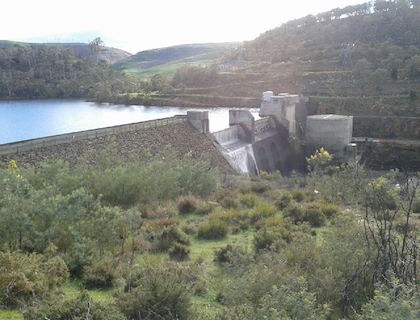 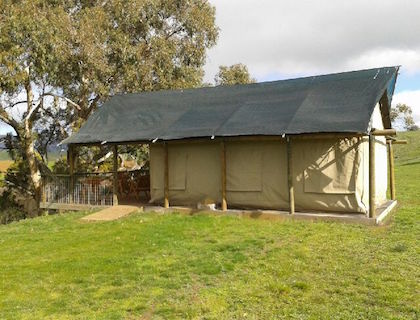 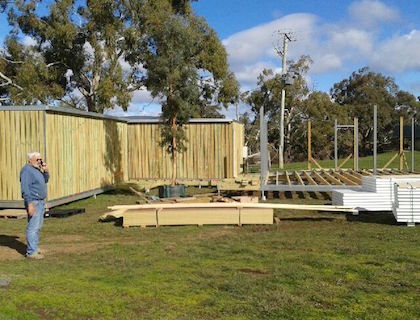 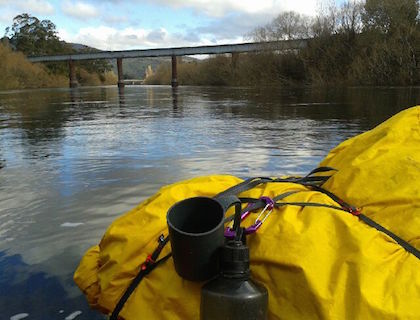 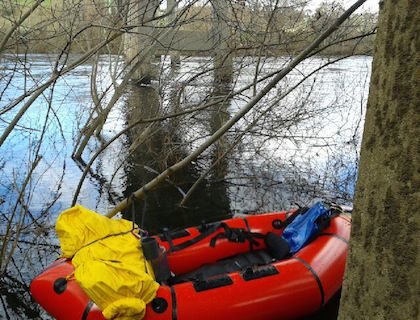 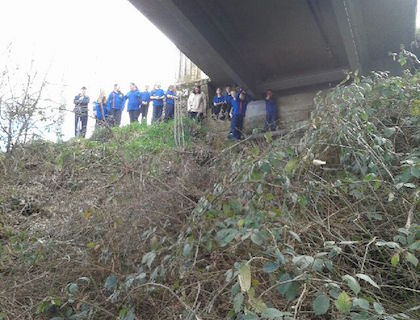 Visitors to the River

Lake Meadowbank spillway (where the water flows out the dam when it's full) was only a trickle. I guess that means it's close to balanced with the water flowing in at the top and water being put through the power station at the bottom being nearly equal. There was still a good flow in the river and I scooted down to Gretna to meet John Grimley. John and his wife Laurelle are building glamorous camping (glamping) accommodation on the banks of the river just beside the township. There's a prototype tent finished and more to go up in time for the opening in January. John reckons the river is the perfect spot to put a high quality tourist venture as people just love being beside the water. The Derwent valley is quickly becoming known for quality produce and John and Laurelle will be pointing guests to local breweries, wineries and food producers. Floating down the river in Dave the Ruby Currant it's easy to see how tourists will love it too.

I had to leave John in a hurry though; I had a special rendezvous with Westerway Primary School. I passed the train bridge and could see the road bridge where we'd organised to meet. With willows lining both banks I had to choose from a long way out which side to pull in on. Pulling in on an eddy right under the bridge I realised I’d made the WRONG choice! I could get out of Dave but with a wall of blackberries I couldn't get up the bank. The students came across the bridge and found me. They screamed questions at me and I screamed answers back.  Larissa from Wild Schools (a Tasmania Parks and Wildlife program- very good fun) and Martin from Mt Field National Park came to say hi too. I was pretty lucky to be able to catch up with some real life students, thanks Westerway Primary. I tootled onwards and found some prime water front real estate to pitch my slightly crooked tent. I'll have to stuff clothes under one side of the sleepmat so I don't roll into the river. Wouldn't that be embarrassing?!

It was this third day that we made what afterwards proved to be very nearly a fatal mistake. We altogether over estimated the distance we travelled. We seemed to lose very little time and to travel at a great pace and when towards afternoon we came to a large river coming in on the left-hand side at the foot of a rapid, as described to me by a friend, we took it for the Nive... We had been told there was a gorge about 10 miles above the Ouse that would stop us and when at about 3.45 p.m we ran into the head of an enormous gorge we naturally concluded that we had come to the one we had been told of.

For some time on the Wednesday afternoon the character of the river had been changing. The hills were closing in, and the grade getting steeper and steeper, with an occasional cataract that made us unload and put the canoe over the rocks at the side, when... we came to the first step in the big gorge, we thought that once out of we would have only about 10 miles to go to the Ouse. We went down three steps, each drip of about 10ft to 15ft, and then came to a place that made us decide to leave the canoe and go ahead on a reconnoitering trip. The next step looked worse than anything we had yet seen...

On Friday this week we will be giving away the Royal Life Saving Society's generously donated swimming lessons ($160 worth). To be in the running get posting on the discussion boards - everyone's in for a chance.