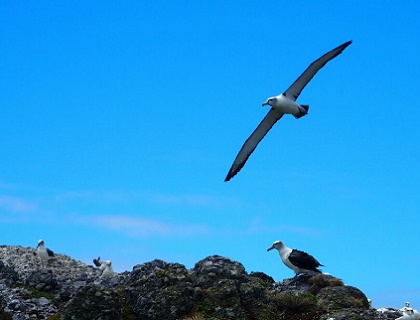 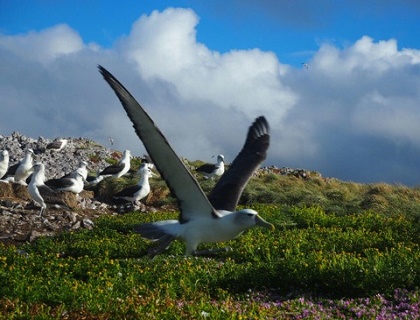 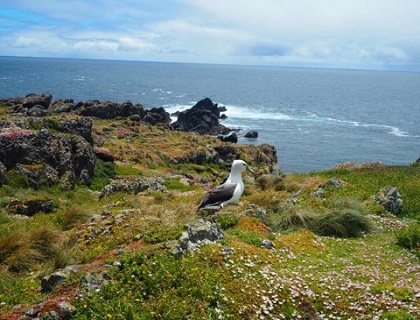 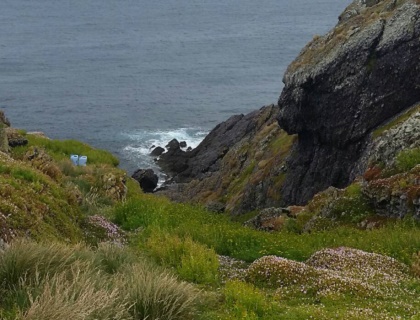 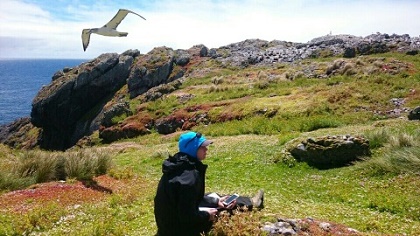 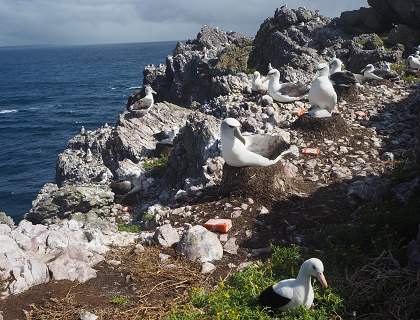 Creatures of the Night

Spiders and scorpions and crabs, oh my! After dark we headed to North Colony. Kris pointed out the small black spiders that come out of the pigface at night. Apparently scorpions also come out and crabs come up from the ocean. The island teems with life all hours. We saw lots of Little Penguins coming home for the night. On our return to the cave two Little Penguins were hanging around the door to my tent. Later the parent came and fed them. Incredible stuff.
Today was much calmer on the water. Still cold but the wind has dropped.
Chick treatment spraying, not as easy as it sounds. The water we mixed with the treatment had to come UP from the sea. Can you see the sea from the photo? Much sweating later we made it to North with 3 x 10L containers and 4x 8L ones. Phew! The treatment controls parasites that can weaken the bird.

The police called and they will be here to pick us up tomorrow morning- Sunday. Suddenly the time seems to have flown. Time amongst these beautiful birds has been amazing.
In the afternoon Kris and Julie marked nests belonging to Fairy Prions found in the cave. Not much is known about these bird's habits in Tasmania so checking nests will add to the jigsaw of information.

Finally a last wander through Main and South. Julie retrieved the final tracker and I spent time just watching the birds. Said a farewell to little Attitude Chick then wandered over for a final look over North Colony.

All cameras were at the ready for the wonderful evening light and a rainbow even made an appearance over the colony. Sat for ages watching the birds take off over our heads with a whoosh. Again, overnight, the penguins were in full voice.They would reach a crescendo then all fall silent, then start it all up again. the seals decided that this was also their night for the strange calling, honking and wheezing noises they make. The prions joined with their chattering and yet I slept!